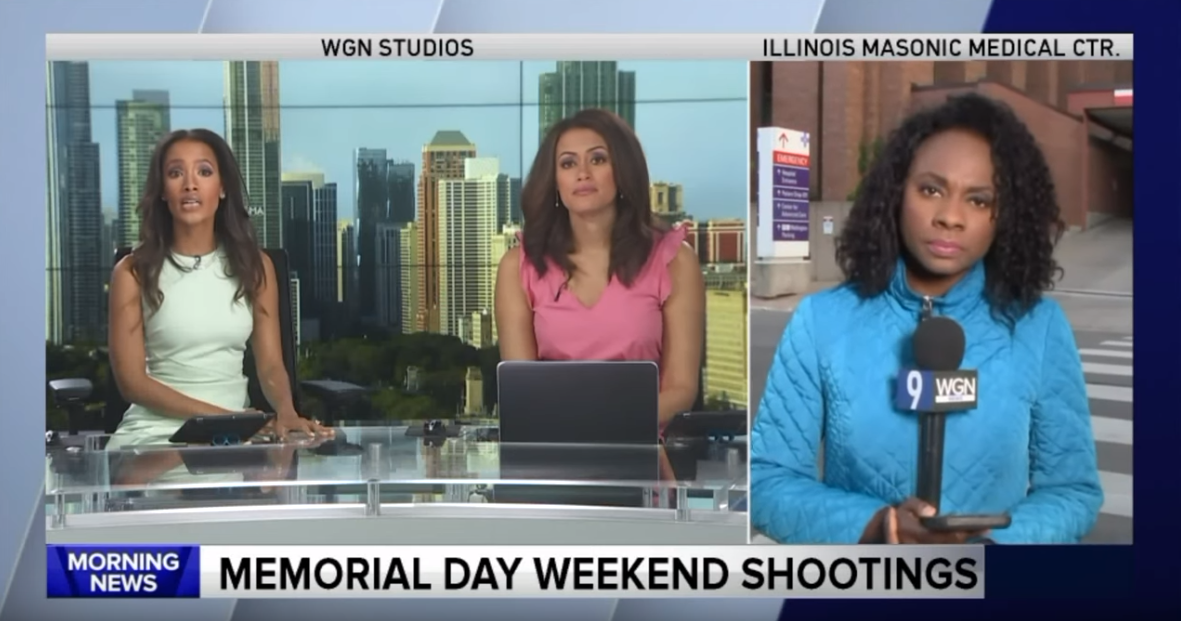 Shootings across the country over Memorial Day weekend got minimal attention from cable news networks, amounting to less than two minutes of coverage over six days.

From Friday, May 24, until Monday, May 27, gun violence struck numerous cities across the country. While public mass shootings often capture the attention of national news media outlets, strings of one-off everyday shooting incidents, which account for the large majority of gun homicide, typically do not.

Among the violent incidents over Memorial Day weekend, multiple shootings left three dead and 16 others wounded in the St. Louis area; a shooting in Seattle injured a woman and her three children; and in New Orleans there were “at least five homicides, seven other shooting incidents in which 13 people were wounded, two armed robberies, two armed carjackings and a pair of suicides, all involving guns, from Friday night through early evening Sunday, authorities reported.” Additionally, a May 25 shooting at a block party in Chesapeake, VA, left one dead and nine injured, and Chicago saw at least 43 people shot, including five fatally, over the holiday weekend, on par with last year’s 39 people shot around the same time. In Chicago, local NBC affiliate covered the shootings on May 28 in a nearly two-minute segment that included recently elected Mayor Lori Lightfoot’s plan to combat the violence.

In Washington, D.C., 20 people were shot between Friday afternoon and just after midnight on Tuesday, including a 9-year-old girl who was shot in the foot and a 15-year-old boy who was fatally shot.

Trenton, NJ, saw two mass shootings over the holiday weekend, one outside a bar early Saturday morning that left 10 injured and another late Monday night which left one dead and five injured.

From noon Friday, May 24, to midnight Wednesday, May 29, cable news networks covered the weekend of violence for only one minute and 20 seconds. On May 26, CNN covered the Chesapeake, VA, shooting in two different segments, for 13 seconds and 28 seconds each -- amounting to just 41 seconds total. On May 28, Fox News mentioned the gun violence in Chicago twice in the 9 a.m. hour, for a total of 39 seconds of coverage. MSNBC neglected to cover the shootings at all. 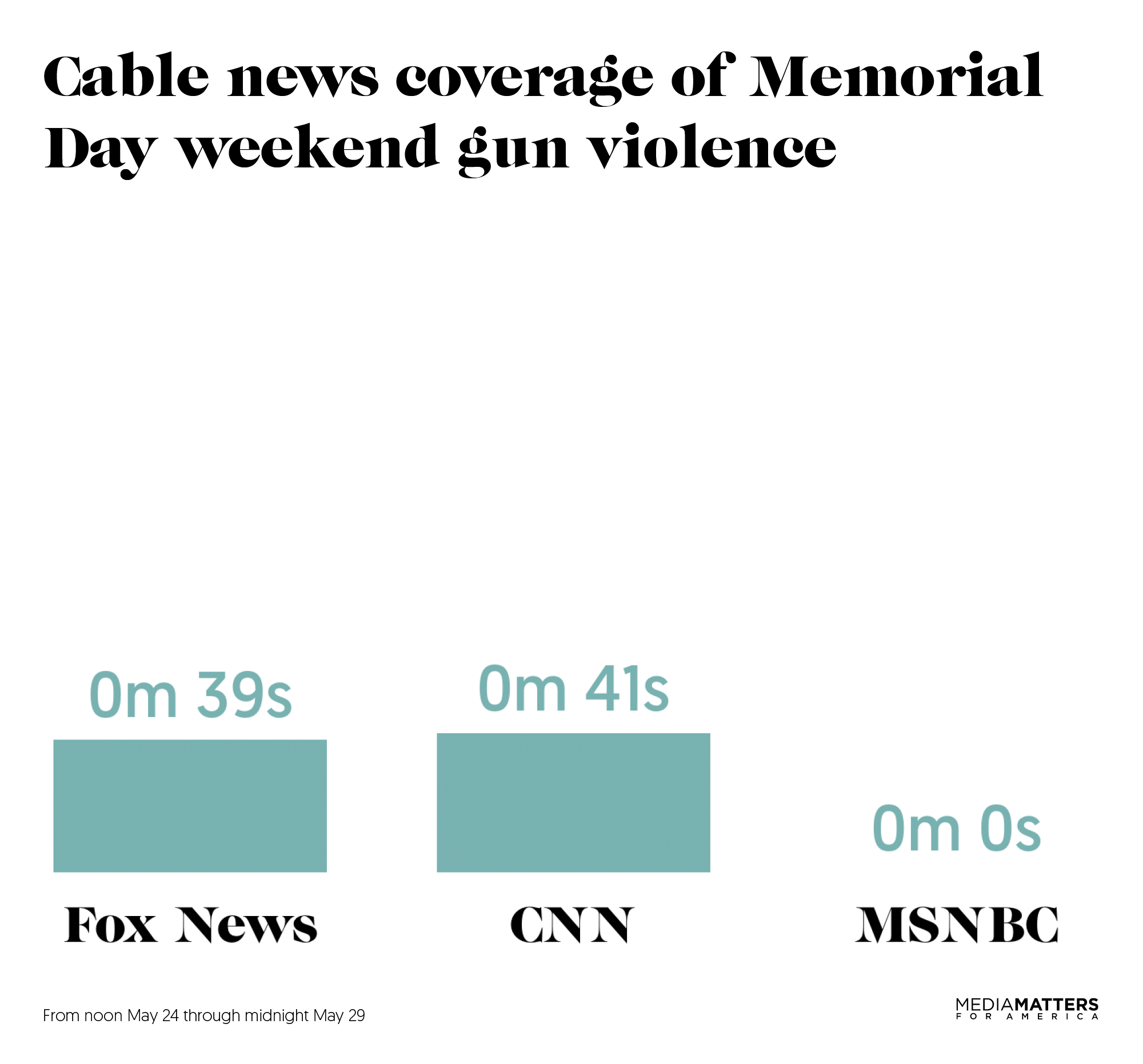 Cable news has struggled to cover mass shootings as well; while some mass shootings spur wall-to-wall coverage, others do not. For example, MSNBC, CNN, and Fox News devoted a combined fewer than 45 minutes to an April 30 classroom shooting at University of North Carolina at Charlotte that left two dead and injured four more. When three separate mass shootings in Florida, Georgia, and Louisiana left a total of 14 people dead in January, cable news covered the violence for just over 40 minutes combined, focusing mainly on headline segments, which faded away within days. When mass shootings do receive television coverage, it often focuses on breaking news and updates and not conversations on how to address gun violence.

Gun suicides, which account for nearly two-thirds of shooting deaths, also receive comparatively little media attention. The number of U.S. gun deaths in 2017 rose to 39,733, according to data from the Centers for Disease Control and Prevention, making it the deadliest year for gun violence in the U.S. on record.

Media Matters searched SnapStream for the words shot, shoot, kill, murder, gun violence, or wound from noon on May 24 until midnight on May 29. Repeat segments were not counted.