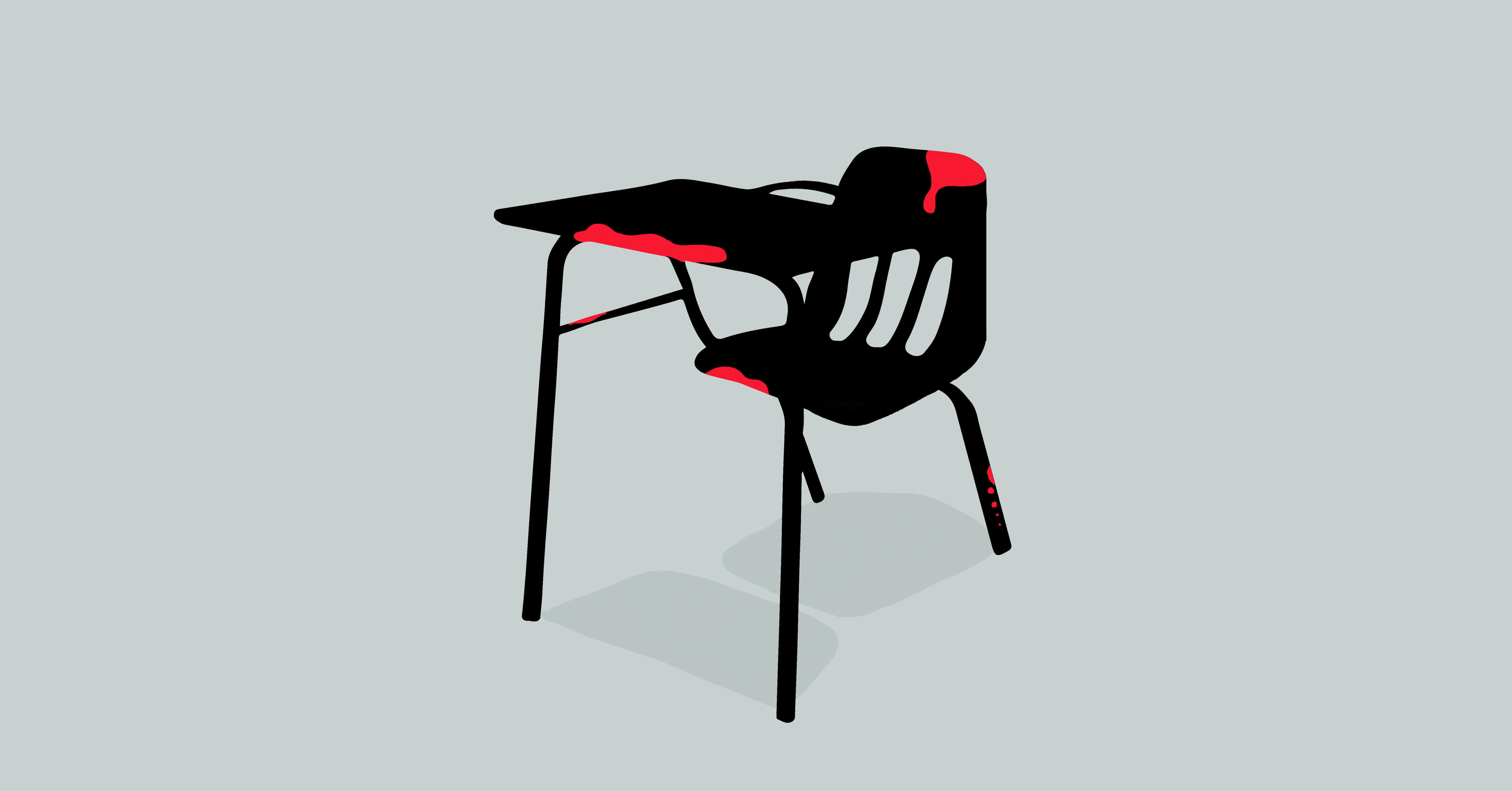 A deadly rampage at University of North Carolina at Charlotte that left two dead and four injured got less than 43 minutes of cable news coverage from April 30, the day of the shooting, till May 3.

On Tuesday, a 22-year-old former UNCC student opened fire on campus with a legally purchased handgun, killing two students and wounding four more. One of the victims, Riley Howell, charged the gunman after he had shot five people and pinned him to the ground until police arrived. During a press conference, Charlotte-Mecklenburg Police Chief Kerr Putney said, “Absolutely, Mr. Howell saved lives. … Unfortunately, he gave his life in the process. But his sacrifice saved lives.”

The night the shooting occured, Fox News was the only cable network to mention it, covering the incident for just over one minute (the general lack of breaking news coverage was no doubt linked to emerging news about special counsel Robert Mueller’s letter to Attorney General William Barr).

In the days following the shooting, from May 1 to May 3, MSNBC covered the shooting for just under five minutes, CNN devoted nearly 24 minutes, and Fox News covered it for a little over 14 minutes -- amounting to just under 43 minutes total. 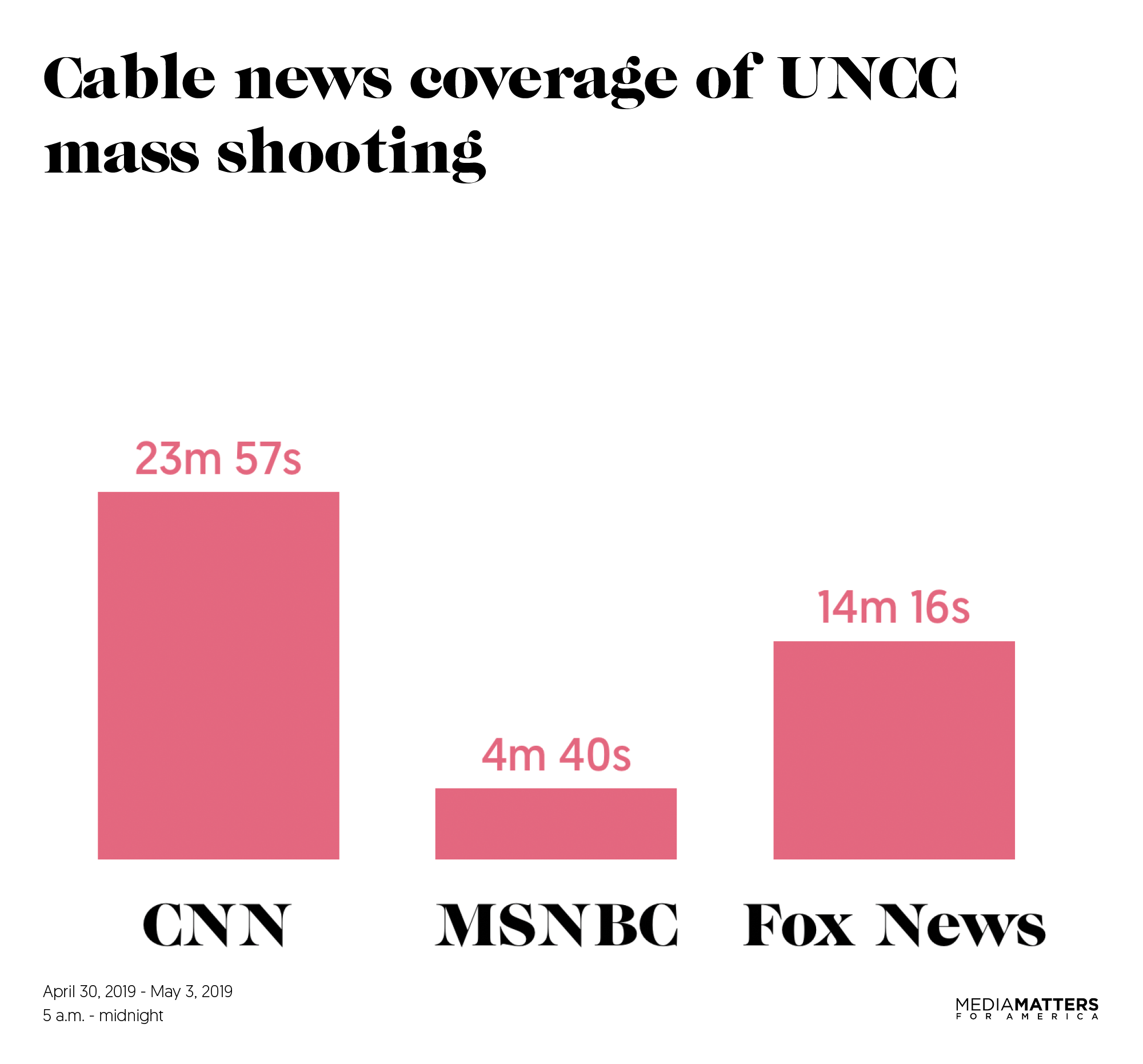 On broadcast channels, during ABC News’ coverage of the shooting on May 1, World News Tonight with David Muir aired footage of a reporter attempting to question the handcuffed gunman about what happened as he was being lead away by police. This type of unnecessary focus on the gunman has been linked to a “contagion effect” in which mass shooters “model their attacks on previous incidents, and often appear to desire recognition.”

According to Gun Violence Archive, the shooting at UNCC is the 104th mass shooting this year in the U.S., and according to an NBC News tracker, it is the third school shooting, in 2019.

Media Matters searched SnapStream for shot, shoot, gunman, kill, murder, charged, UNCC, UNC, university, Charlotte, North Carolina, Howell, Parlier, or Terrell from 5 a.m. till midnight between April 29 and May 3 and on Sunday, May 5. Media Matters searched those same terms during the May 5 Sunday news shows. All mentions of the shooting, including teasers, headlines, and full segments, were timed.