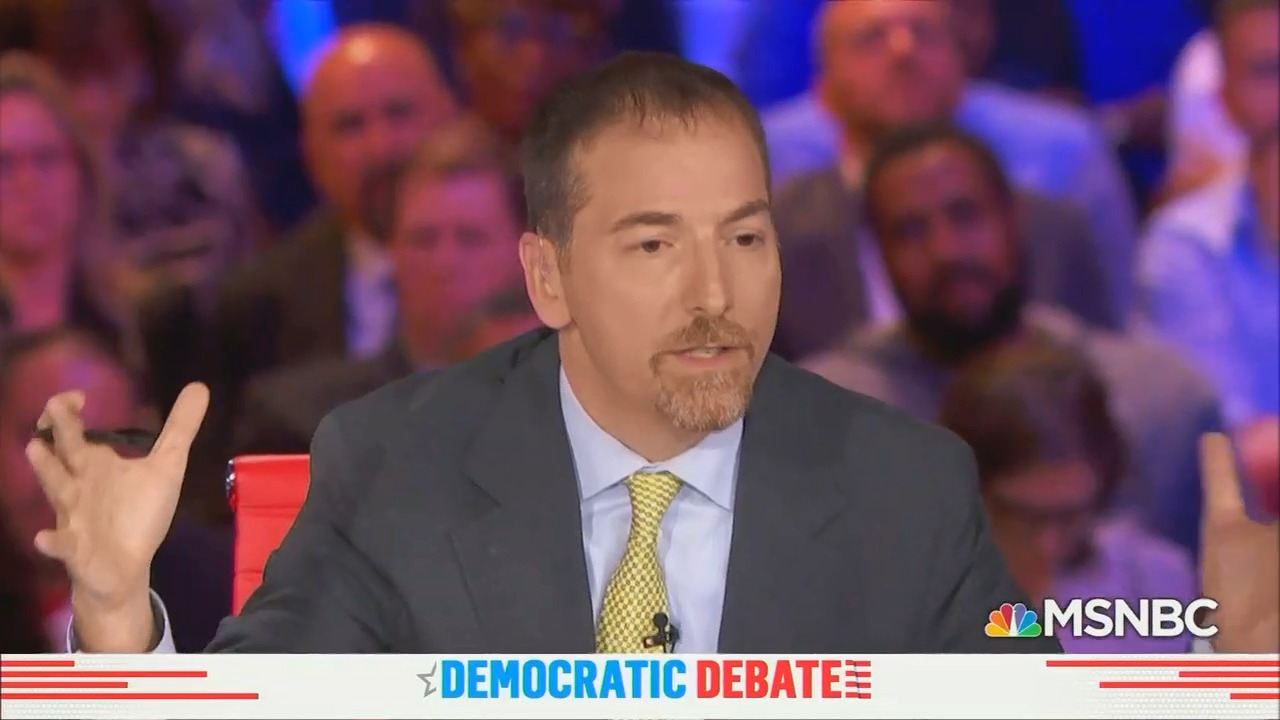 “I want to go down the line here, finish up foreign policy,” NBC’s Chuck Todd said toward the end of the first Democratic presidential primary debate of the 2020 election cycle Wednesday night. “It’s a simple question: What is our -- what is the biggest threat to -- who is the geopolitical threat to the United States? Just give me a one-word answer.”

Over the next minute, Todd rushed the full 10-candidate field through his bizarre drill, interjecting frequently to keep the candidates from expounding on why they had singled out each particular threat. “Try to keep it at one [word], slimmer than what we’ve been going here, one or two words,” he chimed in after one of the contenders dared to give a full-sentence response.

What was the point of this ridiculous exercise? It surely wasn’t to inform.

Democratic primary voters haven’t been telling pollsters that national security is a particularly important issue to them or asking the candidates a lot of questions about it on the stump. But it is still valuable to get a sense of the debaters’ foreign policy priorities given the enormous power presidents wield in that space.

And the candidates provided a variety of different answers, ranging from traditional adversary nations like China and Russia to complex international challenges like climate change to President Donald Trump.

“Thank you for that wide variety of answers, and I mean that,” Todd said at the end of the run, drawing laughter from the audience. “No, I mean that in a -- that’s what this debate is about. This is the best part of a debate like this.”

He then moved on to a question about special counsel Robert Mueller’s investigation.

Todd apparently thought these answers were particularly meaningful. But in answering a question about priorities, the most important part is not the what but the why -- the reason the politician ranks one issue over another.

Todd could have done an immense service by digging in deeper to these different answers, getting the candidates to explain why they picked the threats that they did.

That four candidates named China as the nation’s greatest geopolitical threat seemed particularly ripe for a follow-up question, given that the moderators had asked no questions about that country over the course of the debate. And while climate change policy had been discussed earlier in the debate, there would have been real value in asking the candidates why they view it as a geopolitical threat.

But the NBC host didn’t bother, turning his question from one that could have elucidated real differences in the ways the candidates view the world to a moment of startling banality.