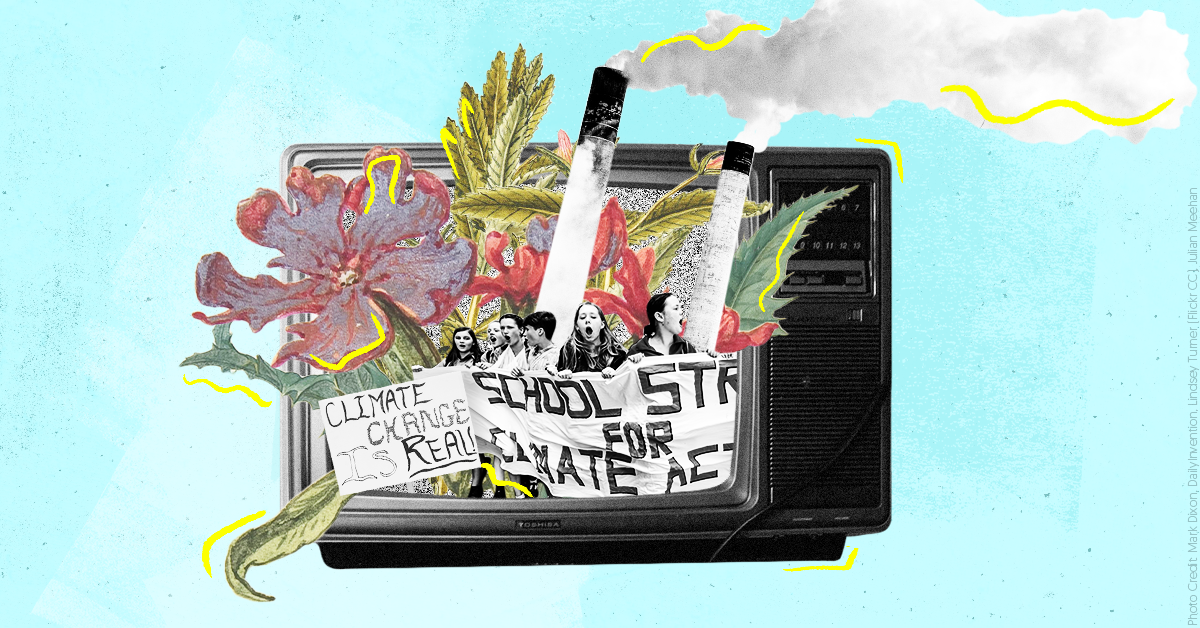 The five major Sunday morning political shows aired a combined total of six segments in June that included at least a substantial reference to climate change. This is the highest monthly total since March.

But half of the substantial climate references occurred because Democratic presidential candidates mentioned the topic, not because hosts asked the candidates about the climate crisis. Democratic candidates also made several additional passing mentions of climate change while answering hosts' questions on other topics.

Sen. Sheldon Whitehouse (D-RI), who is pushing the Sunday shows to offer more and better coverage of climate change, gave a speech from the Senate floor in May about the lack of climate coverage from major media outlets and the shallowness of the segments they do run. He released a scorecard on the shows' June performance: 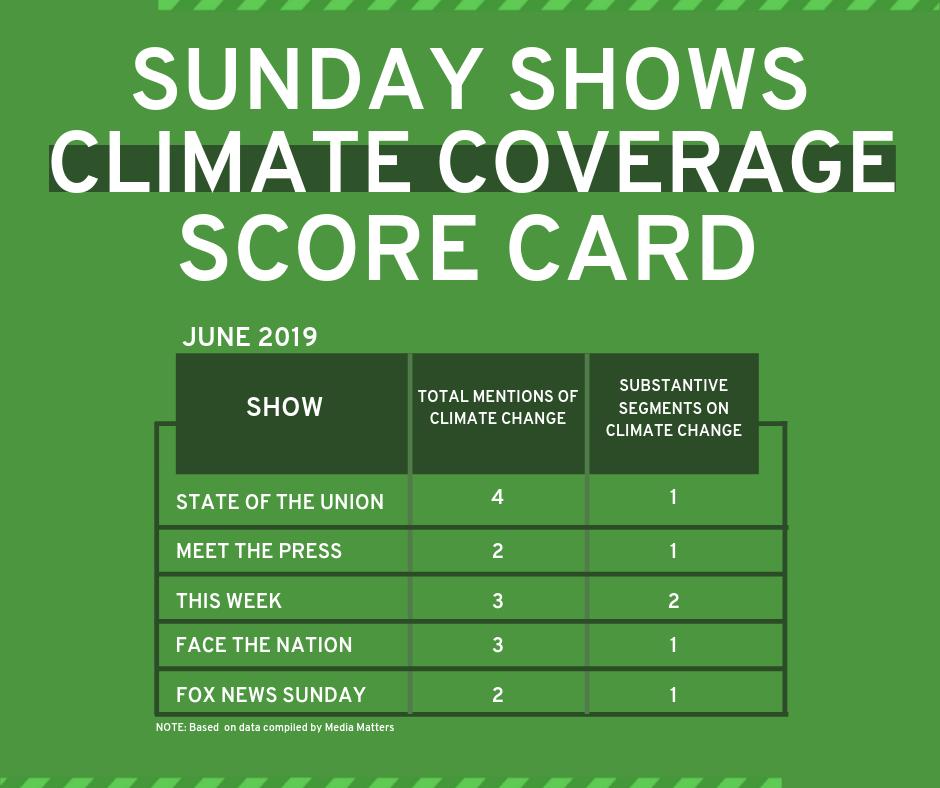 The only Sunday show host who asked a candidate a climate-related question was Chris Wallace of Fox News Sunday. During his June 23 interview with Democratic presidential hopeful and Montana Gov. Steve Bullock, Wallace asked for the governor's views on the Green New Deal.

None of the Sunday shows covered the growing push for a dedicated climate debate, nor did they talk about how climate change was discussed at the June 26 and 27 debates in Miami. This despite the fact that the campaign for a climate debate became a big story: Democratic National Committee chair Tom Perez rejected calls for a dedicated debate even though the idea has support from 15 presidential candidates, more than 200,000 voters, Miami-area Democratic leaders, and many members of the DNC. The Sunday shows also failed to discuss the ongoing, cataclysmic flooding in the Midwest and the record-breaking heat wave that hit Europe and especially France, which recently hosted the Women's World Cup.

The most notable climate discussion on a Sunday show occurred on the June 23 episode of CNN’s State of the Union, when host Jake Tapper repeatedly pressed Vice President Mike Pence for clear answers about his views on climate change. Tapper noted that Director of National Intelligence Dan Coats considers climate change to be a threat, but the Trump administration has weakened emissions rules for coal power plants, then asked, “Do you think human-induced climate emergency is a threat to the United States?” Pence tried to avoid the question, so Tapper pressed him more than half a dozen times for a straight answer. And when Pence falsely asserted that “America has the cleanest air and water in the world,” Tapper fact-checked him and said, “That is not true.” This exchange is a commendable, albeit too rare, instance of a host pushing a powerful public official for straight answers and calling out misinformation in real time.

Sunday morning political shows will have lots of climate news to cover in July, if they are so inclined. The European Union’s satellite agency just announced that last month was the hottest June ever recorded on Earth, and prime season for hurricanes and wildfires is now under way, so extreme weather could make more news. There will undoubtedly be pressure on the moderators to make climate change a significant topic in the CNN presidential primary debates on July 30 and 31, something that the moderators of the last debates failed to do. And activists and citizens will continue with their campaign demanding a dedicated climate debate.