Breitbart News will reportedly hire former MLB pitcher and ESPN analyst Curt Schilling to host a political talk radio show. Schilling was fired from ESPN for sharing an anti-transgender post on Facebook; he was previously suspended by the network for comparing Muslims to Nazis. Schilling has a long history of anti-Muslim, racially charged, sexist, and anti-Semitic commentary.

Schilling Was Fired From ESPN For An Offensive Anti-Transgender Post

Schilling Was Previously Suspended By ESPN For Comparing Muslims To Nazis

Breitbart News Is A Leading Voice In The Bigoted “Alt-Right”

Fired ESPN Analyst Curt Schilling To Host Radio Show On Breitbart. New York magazine’s Gabriel Sherman wrote that Breitbart News plans to hire Curt Schilling, who is mulling a run for Senate in Massachusetts, to host “a daily online radio show featuring political commentary and calls from listeners” on the platform. Sherman noted that Schilling was fired from ESPN “for sharing an anti-transgender Facebook post” and that he is preparing “to challenge Elizabeth Warren for her Senate seat in 2018.” From the October 23 article:

On Monday, Breitbart plans to announce former Red Sox pitcher and Trump supporter Curt Schilling will begin hosting a daily online radio show featuring political commentary and calls from listeners. The broadcast will eventually include a video livestream. The show marks Schilling’s return to media six months after ESPN fired him for sharing an anti-transgender Facebook post with a message that read: “A man is a man no matter what they call themselves. I don’t care what they are, who they sleep with, men’s room was designed for the penis, women’s not so much. Now you need laws telling us differently? Pathetic.”

“He got kicked off ESPN for his conservative views. He’s a really talented broadcaster,” Breitbart editor in chief Alex Marlow said.

Schilling’s jump to Breitbart will give him a national platform as he prepares to challenge Elizabeth Warren for her Senate seat in 2018. [New York magazine, 10/23/16]

Schilling Has A History Of Anti-LGBT, Anti-Muslim, Racially Charged, Sexist, And Anti-Semitic Commentary

Schilling Was Fired From ESPN Over Anti-Transgender Social Media Post

CNN.com: ESPN Fires Analyst Curt Schilling Over Anti-Transgender Post. CNN.com reported that ESPN fired Schilling, who was working an MLB analyst, after he  "shared an anti-transgender image on Facebook”:

Curt Schilling, an ESPN Major League Baseball analyst, has been terminated by ESPN, the network announced on Wednesday night.

On Tuesday, Schilling caused a social media backlash when the former Red Sox pitcher shared an anti-transgender image on Facebook, according to Bleacher Report.

Schilling has since deleted the image which had a man in ripped women's clothes under a caption that read: “Let him in to the restroom with your daughter or else you're a narrow minded, judgmental, unloving, racist bigot who needs to die!”

He later wrote in a blog post about the incident.

“This latest brew ha ha is beyond hilarious,” Schilling wrote. “I didn't post that ugly looking picture. I made a comment about the basic functionality of mens and womens restrooms, period.” [CNN.com, 4/20/16]

Breitbart News Used Anti-Transgender Slur “Tranny” To Defend Schilling After Firing. Breitbart News used the slur “tranny” in an article defending Schilling after he was fired for his anti-transgender post, saying the “Big Tranny Hate Machine quickly pounced” on his comments. [Media Matters, 4/21/16] Schilling Shared A Similar Image Comparing Muslims To Nazis Nearly A Year Prior To Being Suspended From ESPN. In October 2014, Schilling posted an image on Facebook comparing Muslims to Nazis, nearly one year before ESPN suspended him for posting a similar image: Schilling Shared An Image Whitewashing The Confederate Flag And Comparing It To Biblical Imagery. In August 2015, Schilling shared a photo of the Confederate Flag that compared its imagery to “the Blood of Christ,” “the Protection of God,” and the “Christian Cross of Saint Andrew”: Schilling Shared An Image That Attacked Civil Rights Heroes As Unpatriotic. Schilling shared an image that suggested that participants in a march commemorating the 50th anniversary of “Bloody Sunday,” including civil rights icon Rep. John Lewis (D-GA), were not patriotic: “Black Lives Matter movement was founded on a lie. Michael Brown was a lie. Hands Up Don’t Shoot was a lie. And the disproportionate violence to blacks from police is a lie. It’s not true. Those are statistical lies that they’re kneeling for." [USA Today, 10/20/16]

Schilling Shared An Image Comparing That “Men Have To Deal With Women” To Women Dealing With “Menstruation, Pregnancy, Childbirth.” From Schilling’s Facebook page: Schilling Shared An Image Calling Clinton “A Rich, Mean Old Lady With A Drinking Problem, A Cheating Husband, And A Trail Of Dead Bodies Behind Her.” From Schilling’s Facebook page: Schilling Shared An Image Comparing Abortion To Slavery And The Holocaust. According to Deadspin, Schilling posted the following meme on his Facebook page: 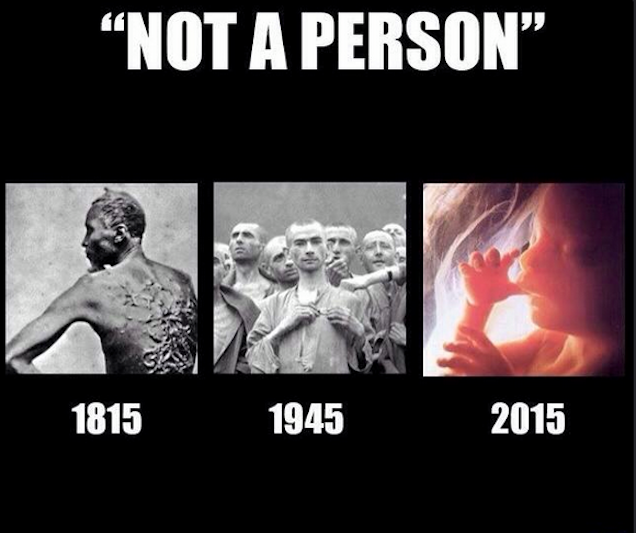 Schilling Defended Trump’s Lewd Joke About Dating A 10-Year-Old In 10 Years. Appearing on Fox Business Channel, Schilling defended a recently unearthed remark from Republican presidential nominee Donald Trump where he said of a 10-year-old girl, “I am going to be dating her in 10 years. Can you believe it?” Schilling asked host Trish Regan, “How many times have you looked at a young man and said ‘Wow, he’s a beautiful young man’ or ‘Wow he’s a gorgeous young man’?” Regan responded, “Zero,” before Schilling called her a liar, insisting that “there’s no way you haven’t seen somebody else’s son and said ‘Wow, he’s beautiful.’” Regan concluded, “And thought I oughta be dating him? No, sorry. You’re on your own on this one.” From Mediaite’s October 13 article:

Schilling argued to Regan today, “How many times have you looked at a young man and said ‘Wow, he’s a beautiful young man’ or ‘Wow he’s a gorgeous young man’?”

Regan said, “Zero.” Schilling called that a “lie” because, he insisted, “there’s no way you haven’t seen somebody else’s son and said ‘Wow, he’s beautiful.'”

CURT SCHILLING: Okay I'm assuming you're not going to vote for Donald Trump.

SCHILLING: Okay. so I want to -- I would like to ask you something about -- as a person who is practicing the Jewish faith, and has since you were young, I don't understand, and this is -- maybe this is the amateur, non-politician in me, I don't understand how people of Jewish faith can back the Democratic Party, which over the last 50 years have been so clearly anti-Israel, so clearly anti-Jewish Israel, that it -- I mean, I don't know what else would need to be done, said, or happen for people to understand that they don't, they're not -- the Democratic Party is allied with Israel only because we have agreements in place that make them have to be.

TAPPER: Well, I don't speak for Jews, and I don't support the Democratic Party or the Republican Party. I would imagine, just to try to answer your question, that one of the reasons many Jews are Democrats has more to do with Democrats' support for social welfare programs and that sort of thing, than it does for Israel.

TAPPER: And I know that a lot of Jews who are strong supporters of Israel do support the Republican Party, but --

SCHILLING: Right, no, and I know you don't. I know you don't, I just always find it a great conversation for somebody of your faith to -- because I want to understand the reasons behind some of those things, so I appreciate that. [CNN, The Lead, 10/21/16]

Schilling Doubled Down On His Remarks To Tapper On MSNBC. After his interview with Tapper, Schilling appeared on MSNBC’s Hardball with Chris Matthews. Host Chris Matthews asked him about his remarks on The Lead, to which Schilling responded, “I’m apparently an anti-semite now, because I had the gall and the audacity to ask someone of the Jewish faith why or how they believe people of the Jewish faith vote Democrat!” Matthews followed up, noting that there is a “legitimate debate” within the Jewish community over these issues and that “you can’t ask a person of a religious faith or a race to speak for that religious group and to ask them to sort of account for it.” From the October 21 interview:

CHRIS MATTHEWS (HOST): Let me ask you about you, you had comments a couple hours ago, with Jake Tapper, talking about how the Jewish vote tends to go Democrat, even though the Democratic Party is not as hawkish as the Republican in the middle east -- Republican Party is. Do you want to clarify some of that? Because that's a tricky topic with people, anything to do with ethnicity or gender, I'll tell you is tricky, very tricky. So, here's a chance --

CURT SCHILLING: Well, I mean Chris, I'm apparently an anti-semite now, because I had the gall and the audacity to ask someone of the Jewish faith why or how they believe people of the Jewish faith vote Democrat! I mean, god forbid I listen to someone of the faith, rather than the media, who clearly are not biased and don't have an agenda. I mean, that to me is just common sense.

I don't want -- I don't need Chris Matthews to tell me why people of Jewish faith vote the way they do, I want to ask someone of the faith. To me, that's much more relevant. I think that -- and I don't have a problem asking people questions like that, because I'm not trying to be offensive or racist. I'm clearly curious, because I've read my history. I understand my history, that, you know, that this country feels so anti-Israel in the last 15 years, more so than at any point in my life and I can't figure that out.

MATTHEWS: Well, that's a legitimate debate we're all going to have. By the way, left, right on Israel, left, right on Bibi Netanyahu is a popular argument anywhere in the country, by the way. Especially in Israel they argue about that stuff, which is a great thing over there.

Breitbart News Is A Leading Voice In The Bigoted “Alt-Right”

Breitbart News Is A Leading Megaphone Of The Anti-Semitic “Alt-Right.” Breitbart News chairman Steve Bannon, who has taken a leave of absence to serve as Trump’s campaign CEO, bragged that Breitbart is “the platform for the alt-right.” The alt-right is a rebranded white nationalist movement that embraces racism, sexism, anti-Muslim and immigrant bigotry, and anti-Semitism. Former Breitbart reporter Ben Shapiro accused the conservative news site of embracing “a movement shot through with racism and anti-Semitism.” [Media Matters, 8/25/16]

Breitbart News’ Bannon Has Been Accused Of Anti-Semitism By His Ex-Wife. Bannon himself has been accused of anti-Semitism. Bannon’s ex-wife claimed that he did not want to send their children to a school because of “the number of Jews that attend,” adding that he “doesn’t like Jews and that he doesn’t like the way they raise their kids to be ‘whiney brats’ and that he didn’t want the girls going to school with Jews.” [NBC News, 8/26/16]