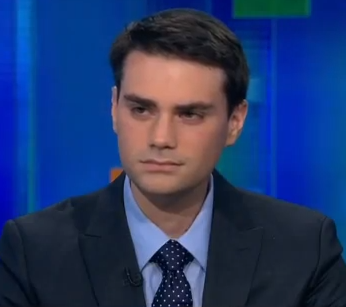 Right-wing media have pounced on a forthcoming book claiming that gay Wyoming student Matthew Shepard's brutal 1998 murder was motivated by drug use, not homophobia. While these media figures shroud their interest in a desire to get at the facts, their vitriolic attacks on Shepard and the movement for whom his death became a rallying cry reveal that there's more to Matthew Shepard trutherism than a concern for the truth.

In The Book of Matt: Hidden Truths about the Murder of Matthew Shepard, journalist Stephen Jimenez revives his decade-old theory that Aaron McKinney and Russell Henderson killed Shepard in a meth-fueled rage. Shepard's death sparked a national discussion on anti-LGBT violence, but Jimenez makes the bombshell claim that Shepard and McKinney had actually had sex and done meth together. McKinney has denied this assertion.

Jimenez's theory is also difficult to square with the fact that McKinney cited Shepard's sexuality as a factor in the murder, attempting to employ a “gay panic” defense at trial.

Inexplicably, media coverage of The Book of Matt has ignored Jimenez's history of shoddy reporting on the case. In November 2004, Jimenez co-produced a special on Shepard's murder for ABC News' 20/20. The widely panned report downplayed the role of anti-gay bias in Shepard's murder, suggesting that meth was the primary factor. After the special aired, Gay City News unearthed an email Jimenez wrote two months before 20/20 even began its reporting, in which he proclaimed that the report would upend the conventional interpretation of Shepard's death.

Undaunted by the questionable practices that tainted Jimenez's earlier work on Shepard, right-wing media have heralded the arrival of The Book of Matt. The dominant narrative among conservative media figures holds that Jimenez has proven once and for all that the longstanding understanding of Shepard's death - and the anti-hate crimes legislation it helped spawn - were built on one big lie. To right-wing media figures, Jimenez's theory is significant for more than just how we understand Matthew Shepard. It's also an opportunity to assail the LGBT community's campaign for equal rights and protection from violence and bigotry.

In a September 19 column for TownHall.com, Breitbart.com Editor-At-Large Ben Shapiro compared the Shepard case to that of Trayvon Martin, asserting that liberals constructed a “mythology” around both teens' killings in order “to justify a broader agenda.”

A column on the far-right website MercatorNet - reprinted by the National Organization for Marriage's Ruth Institute - showed that combatting the LGBT “agenda” is the real aim of the right's obsession with Matthew Shepard trutherism. Author Michael Cook connected the Shepard case's “mythology of grievance and oppression” to the supposed “lies” on which other LGBT victories - including the repeal of anti-sodomy laws - depended. WND founder and editor in chief Joseph Farah lamented that the LGBT movement made Shepard an “icon” in order to advance a “phony war on homophobia that has chilled free speech and free association.”

On his radio program, the American Family Association's Bryan Fischer minced no words in smearing Shepard and the rest of the LGBT community. Fischer said Jimenez's book “highlights another tragic pathology of the homosexual lifestyle. Domestic partner violence in the homosexual community is somewhere between two and four times higher than it is in the heterosexual community.” (It isn't.)

Despite the right-wing media's deepest wishes, the preponderance of evidence indicates that anti-gay bias was central to Shepard's murder. And 15 years after his horrific death, anti-LGBT hate crimes prove tragically persistent. Even in New York City, the problem is actually getting worse. The media's Matthew Shepard truthers, however, would rather deny that anti-LGBT violence is even a problem worth addressing.