Roy Moore’s Senate campaign has heavily relied on Breitbart.com for support in its email fundraising. The Alabama Republican has used Breitbart’s logo and headlines in at least a dozen emails in the past several months and has rented Breitbart’s email list in at least four instances.

Breitbart.com has allied with Moore’s campaign in the lead-up to today’s special election in Alabama. The site has fear mongered about felons who are allowed to legally vote and progressive philanthropist (and prior Media Matters donor) George Soros. The site has also repeatedly defended Moore against numerous reports about his sexual misconduct, including assault.

Moore has publicly praised Breitbart’s role in the race, telling Bloomberg’s Joshua Green that site chairman Stephen Bannon is “the counter to the ‘fake news’ -- he’s been a stalwart … It’s helped us a lot. He’s the master strategist.” Vox’s Brian Resnick reported that Moore campaign talking points primarily cite Breitbart.com as “evidence that the accusations are untrue.”

Breitbart has had an especially prominent place in Moore’s online fundraising efforts. The site’s logo and pro-Moore headlines have appeared at the beginning of at least a dozen emails since September, according to a Media Matters search of a subscribed account (click here for a larger image):

The Moore campaign has also rented Breitbart.com’s mailing list at least four times since November. In one instance, a Moore/Breitbart email included a Breitbart headline: 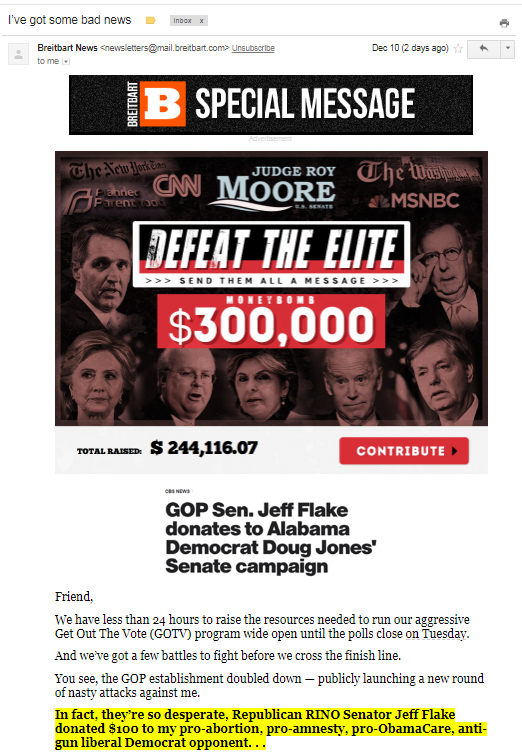 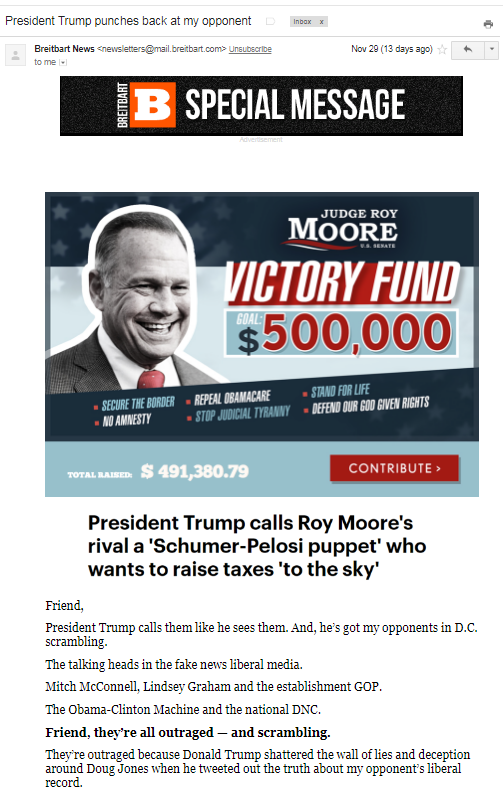 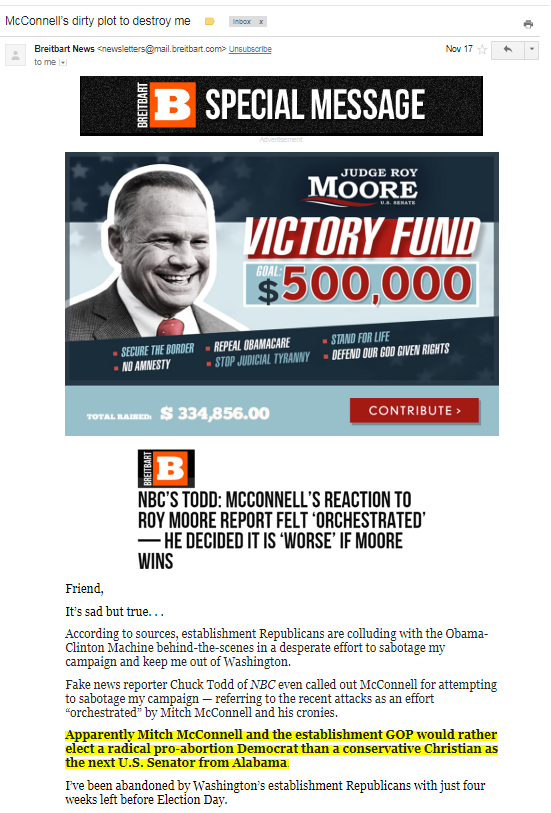 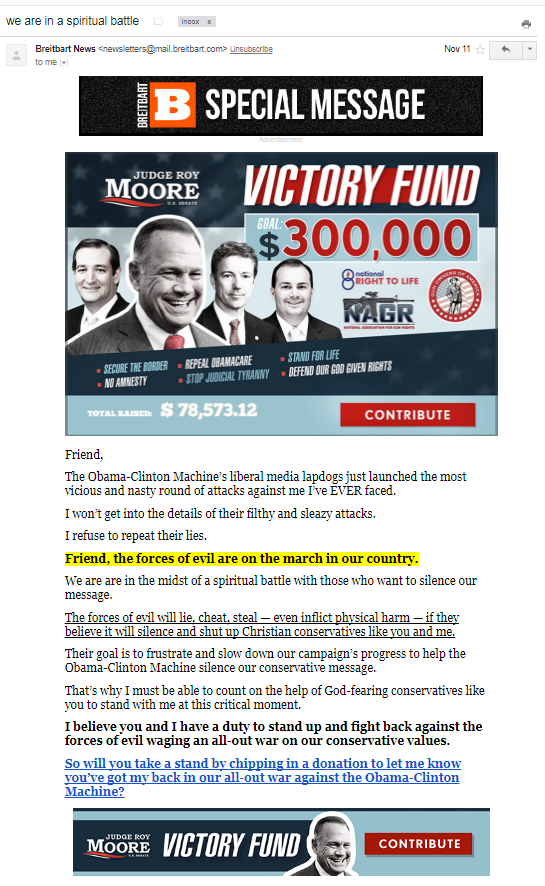 Media Matters previously documented that the Moore campaign recently sent a fundraising email that relied on Breitbart’s false claims that a woman who said the Alabama Republican sexually assaulted her had admitted she forged her evidence.