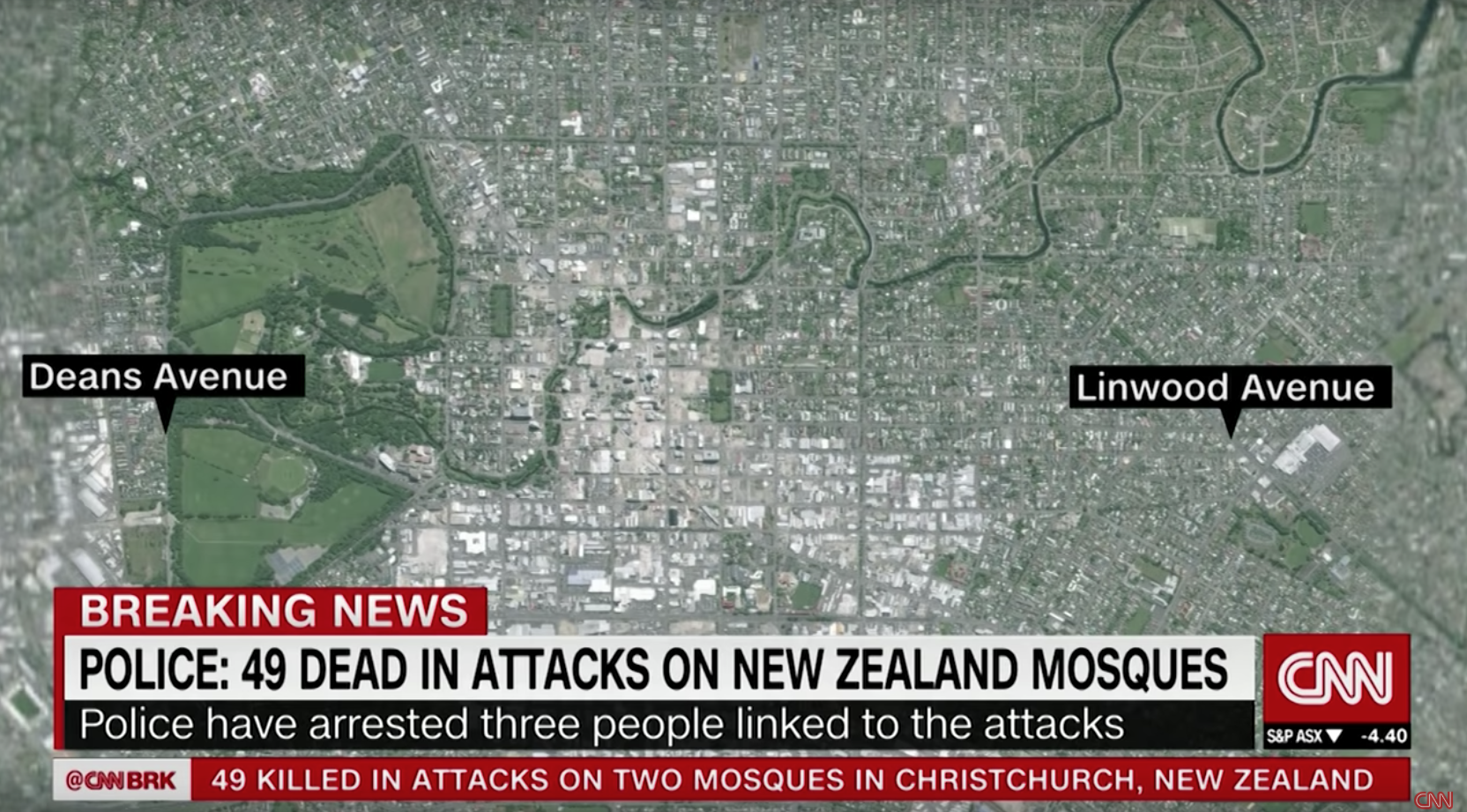 National Rifle Association spokesperson Dana Loesch and several members of conservative media used an early news report -- that now appears to be erroneous -- to repeat a favorite NRA talking point, claiming that the mass shootings at two mosques in New Zealand were stopped by a “good guy” with a gun. While the NRA and Loesch have previously said that people shouldn’t debate gun policy in the immediate aftermath of high-profile shooting incidents, they set that rule aside in this instance to advance their pro-gun agenda.

A mass shooting targeting two mosques in Christchurch, New Zealand, left 49 dead on March 15. The gunman was reportedly inspired by white nationalism; before the shooting, he posted links to a manifesto that praised other mass shooters and listed white supremacists as his heroes. The gunman was charged with murder over the mosque attacks, which were livestreamed on his Facebook account.

An initial article reported that during the attack on the second mosque, “a well known Muslim local chased the shooters and fire two shots at them as they sped off.” It was later reported that a man charged the gunman inside the mosque, took his firearm, and chased him outside while carrying his weapon, but did not fire any shots of his own.

Though the initial report does not seem to have been corroborated elsewhere, right-wing outlets and media figures still rushed to claim a “good guy” stopped the shooting. Loesch tweeted that a “Good guy with a gun” is making “terrorists afraid of ever targeting innocents again.”

The “good guy with a gun” claim is an NRA and conservative media myth; there is no evidence that having more people carrying concealed guns is the way to stem public mass shootings.

In recent years, the NRA has taken a two-fold approach in its response to high-profile instances of gun violence. If the NRA sees an opening to push its agenda, it will comment, but if not, the organization will say that everyone should avoid any commentary out of respect to the victims.

For example, after the June 2015 mass shooting at a historically African-American church in Charleston, SC, the NRA claimed people promoting gun safety in its wake were “exploiting” the attack “for political purposes.”

But after a gunman killed five members of the military at a naval facility in Chattanooga, TN, in July 2015, the NRA was quick to respond, claiming the incident provided proof that rules about service members carrying guns on military bases must be loosened.

Loesch herself tweeted last month that “wisdom says to wait” to comment “until more details are known” after a gunman shot and killed five people at a manufacturing plant in Aurora, IL. But evidently this call to wait for facts before “exploiting” a tragedy doesn’t apply if the NRA is the one doing the exploiting.