During his speech at FreedomWorks' September 12 rally on the National Mall, Andrew Breitbart berated the media for portraying tea party ralliers as “racist, sexist, homophobe,” and “Islamophobe,” but the crowd he addressed was full of inflammatory signs.

Breitbart: “Turn around and look at the American people, media. These are the people that you called racist, sexist, homophobe, Islamophobe.” Addressing the crowd during FreedomWorks' September 12 tea party rally in Washington, DC, Breitbart accused The Los Angeles Times of “cast[ing] aspersions on the American people.” He continued:

About a minute later, Breitbart returned to criticizing the media's portrayal of the tea party crowd, saying that the media are “lovely as individuals, but as an organism they're flat-out evil. And the very fact that they go out and say that you're racist when they don't even ask you.” Breitbart then promised a “week of revenge” if he should ever own his own network. Breitbart said his programming would include discussion of “whether or not Katie Couric is racist” and “whether or not there's a righteous amount of ethnic diversity where she vacations.” Breitbart added: “Are you a racist, Katie Couric? That's what you have done for the last year, and we're sick and tired.”

Media Matters was present at the September 12 event and captured the following photos of signs carried by ralliers, including a photo of Andrew Breitbart standing near a sign that read, “Obama is half white, half foreign, and all wrong for America!”: 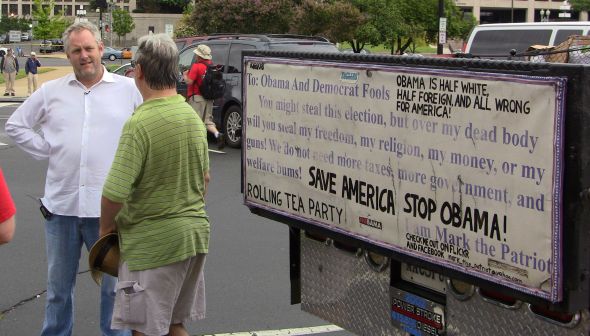 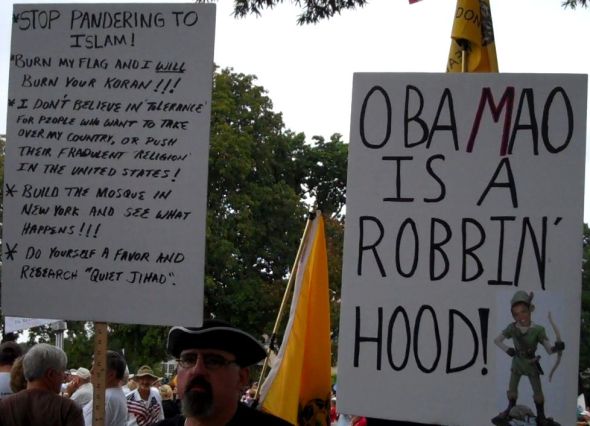 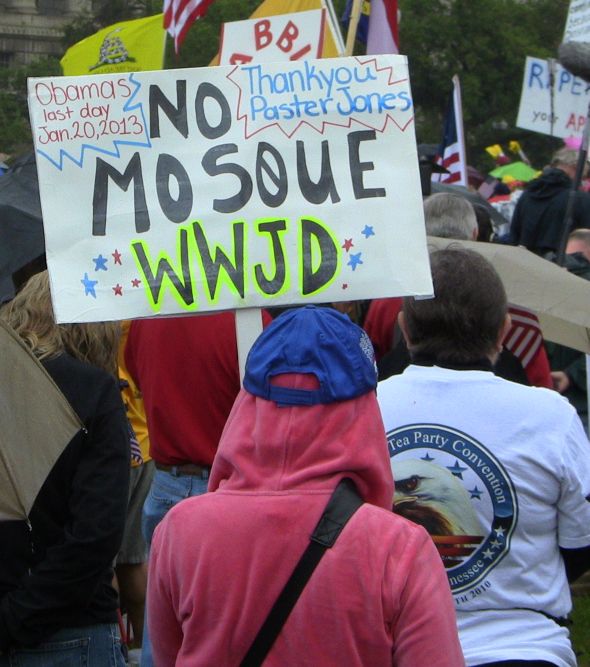 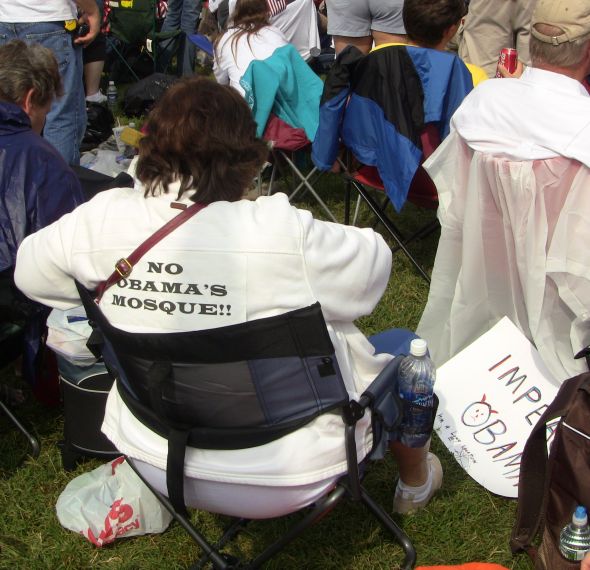 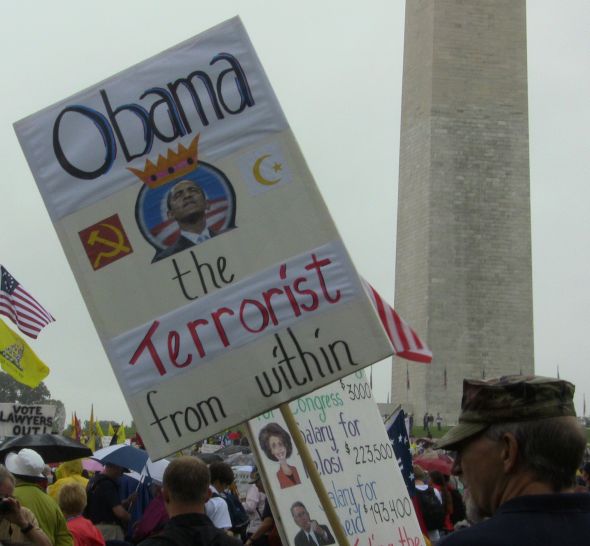 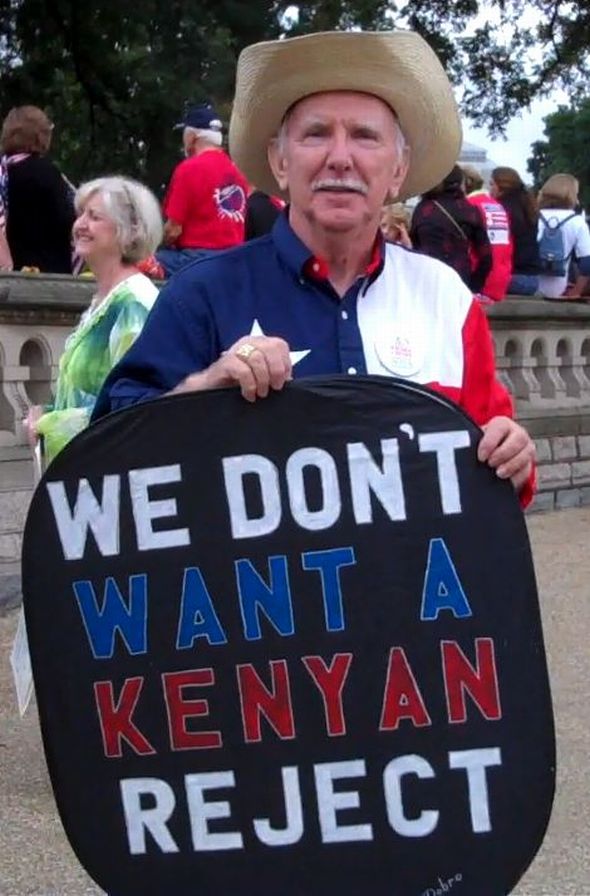 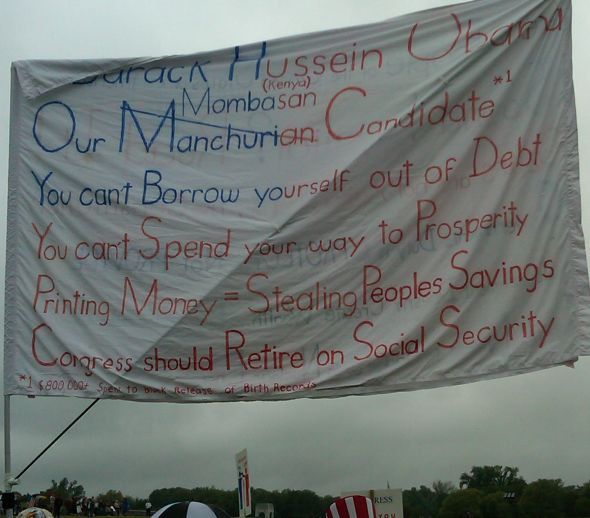 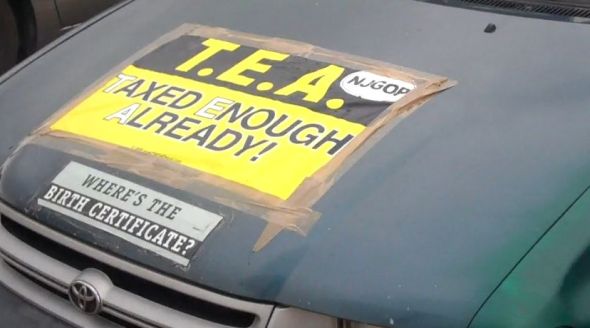 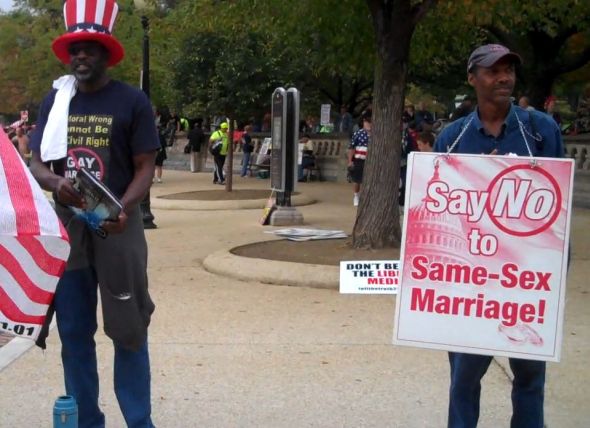 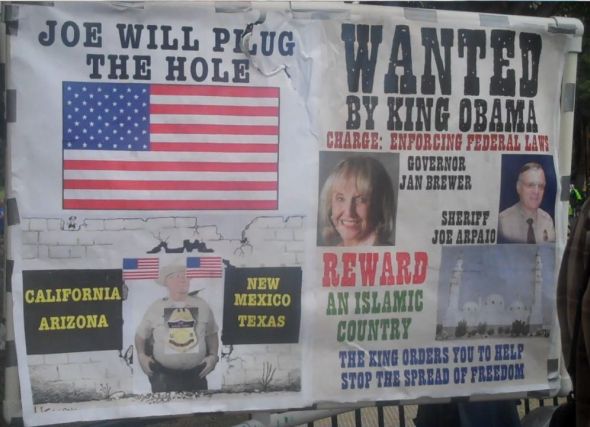