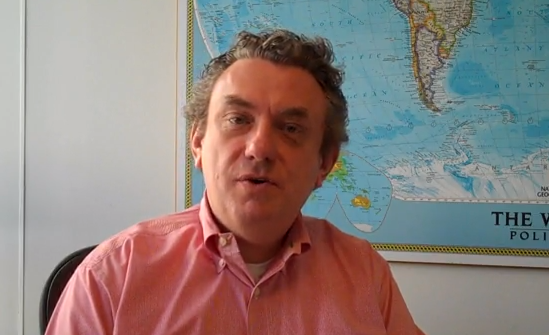 Two days after frequent Breitbart News contributor Austin Ruse proclaimed that liberal academics “should all be taken out and shot,” the American Family Association announced that it was cutting its ties with the inflammatory social conservative.

RUSE: That is the nonsense that they teach in women's studies at Duke University, this is where she learned this. The toxic stew of the modern university is gender studies, it's “Sex Week,” they all have “Sex Week” and teaching people how to be sex-positive and overcome the patriarchy. My daughters go to a little private religious school and we pay an arm and a leg for it precisely to keep them away from all of this kind of nonsense. I do hope that they go to a Christian college or university and to keep them so far away from the hard left, human-hating people that run modern universities, who should all be taken out and shot.

As Right Wing Watch reported on March 14, American Family Radio announced on its Facebook page that Ruse would no longer be filling in there: 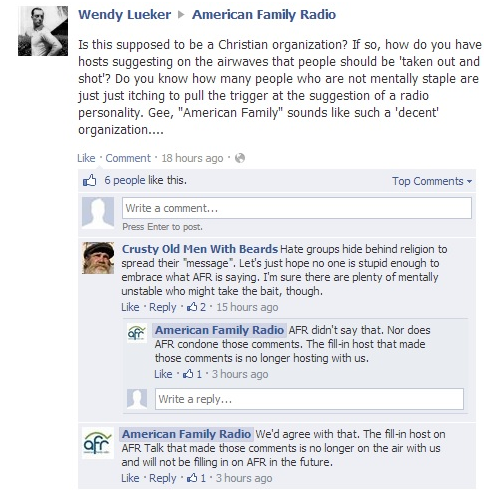 It's notable that Ruse is now too toxic for even for AFR, the media arm of the American Family Association, a anti-gayhate group. Bryan Fischer, the AFA's spokesman and an AFR host, has blamed gay men for the Holocaust, suggested that gay people might need to be "put to death," and linked homosexuality to pedophilia and bestiality. While the AFA continues to employ Fischer, Ruse's incitement to violence apparently proved a bridge too far for the organization.

Ruse - who is also the president of the Catholic Family and Human Rights Institute (C-FAM) - has established himself as Breitbart's foremost anti-gay extremist. An enthusiastic supporter of Russia's anti-gay crackdown, Ruse has taken to the site to laud Russia's “gay propaganda” law as a boon to “human rights.” He has also used his platform at the site to spew Matthew Shepard Trutherism and smear a Girl Scouts spokesman for his involvement in a “homo-punk” rock band.

Having revealed his deep-seated animus a little too viscerally, Ruse can no longer air his views on American Family Radio. It remains to be seen whether his extremism is still welcome at Breitbart.