Right-wing commentator Herman Cain, who is reportedly being considered for a Federal Reserve seat, has spent years pushing scammy financial emails to his mailing list. Those sponsored emails touted a “weird trick” that supposedly “adds up to $1,000 a month to Social Security checks”; advice on “the best place to hide your money”; and financial trades that could “turn $1,000 into $1.6 million.”

Bloomberg reported today that Cain, who has been a radio host and often appears on Fox News, “is being considered by President Donald Trump for a seat on the Federal Reserve Board. … Cain ran for the 2012 Republican presidential nomination but dropped out in late 2011 after allegations he engaged in sexual harassment when he led the National Restaurant Association in the 1990s.”

Trump, who himself has been reported for sexual misconduct by more than 20 women, defended Cain at the time. As CNN’s Andrew Kaczynski and Chris Massie reported, Trump told Fox News in November 2011 that the women who reported Cain “probably do love their names splashed across the front pages. … I think Herman should take very, very strong action, even if he has to bring a major lawsuit against the women.”

After dropping his 2012 presidential bid, Cain profited off his email list of supporters by sending sponsored content. (Those emails contained the following disclaimer at the end: “The sender of this email may receive compensation for the advertising contained in this message. Any products or services offered by sponsors or advertisers have not been evaluated by Herman Cain and as such no warranty or claims are made.”)

As Ben Adler wrote in The New Republic in January 2014, Cain is one of several conservatives who “are pioneering a new, more direct method for post-campaign buckraking. All it requires is some digitally savvy accomplices—and a total immunity to shame.”

Media Matters has documented over the years how politicians like Cain -- including former Arkansas Gov. Mike Huckabee, former Speaker of the House Newt Gingrich, U.S. Ambassador Scott Brown -- and right-wing publications have been bilking their followers with scammy emails from questionable sources.

With Cain poised to potentially join the Federal Reserve board, here are some of the scammiest financial emails that he has sent over the years.

Cain sent a sponsored email from Agora Financial suggesting that Americans could piggyback “onto ‘Canadian Social Security’” and collect “extra benefit checks between $400 and $4,700 every month.” CNBC criticized Agora Financial for the ad, stating: “There's only one problem: that's not the way it works, according to authorities.” Mother Jones’ Tim Murphy reported that “Agora and its subsidiaries have been accused of crossing the line between aggressive salesmanship and deception.”

“Weird trick adds up to $1,000 a month to Social Security checks”

For more on the “weird trick” email claims, go here. 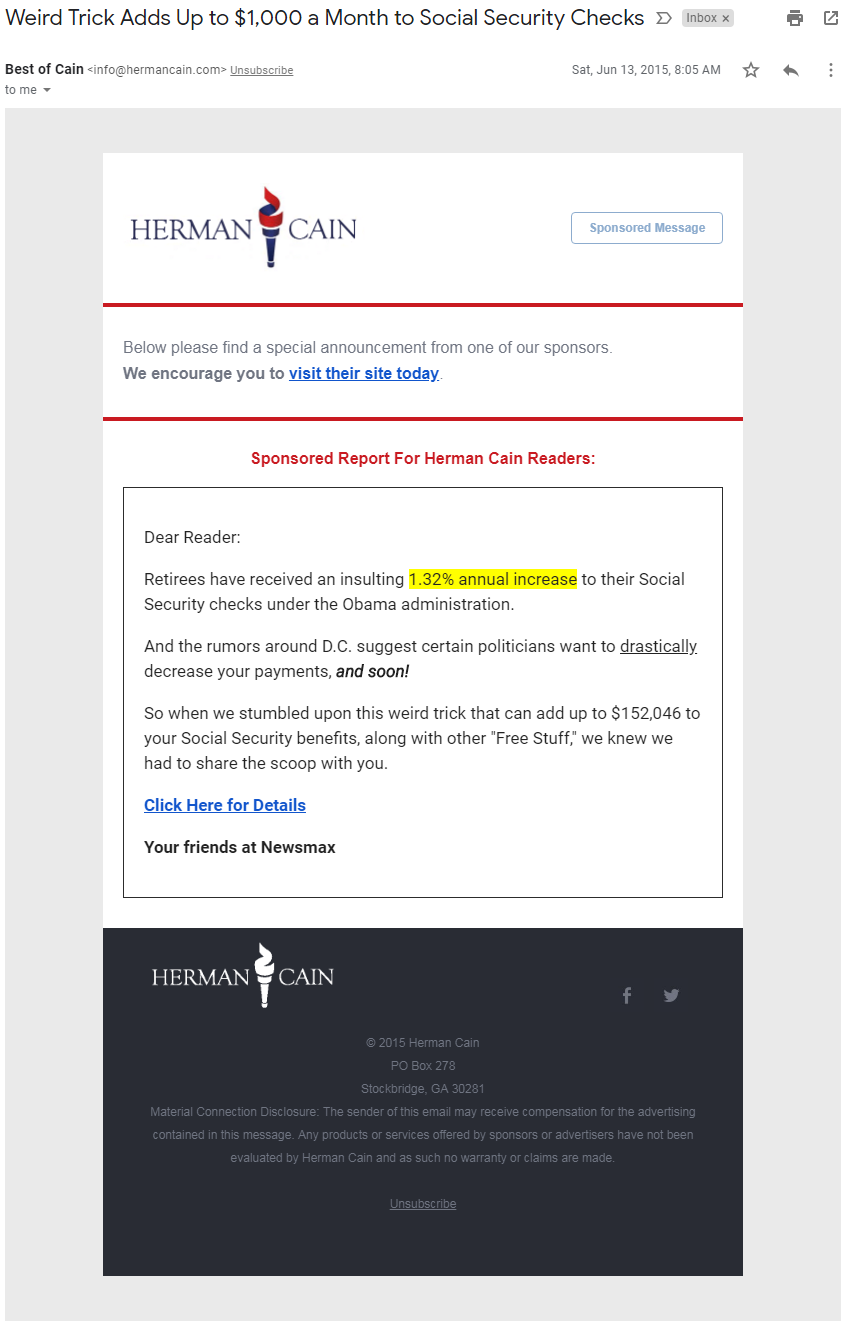 “Wall Street, the Fed and Congress are freaking out about this”

“The best place to hide your money” 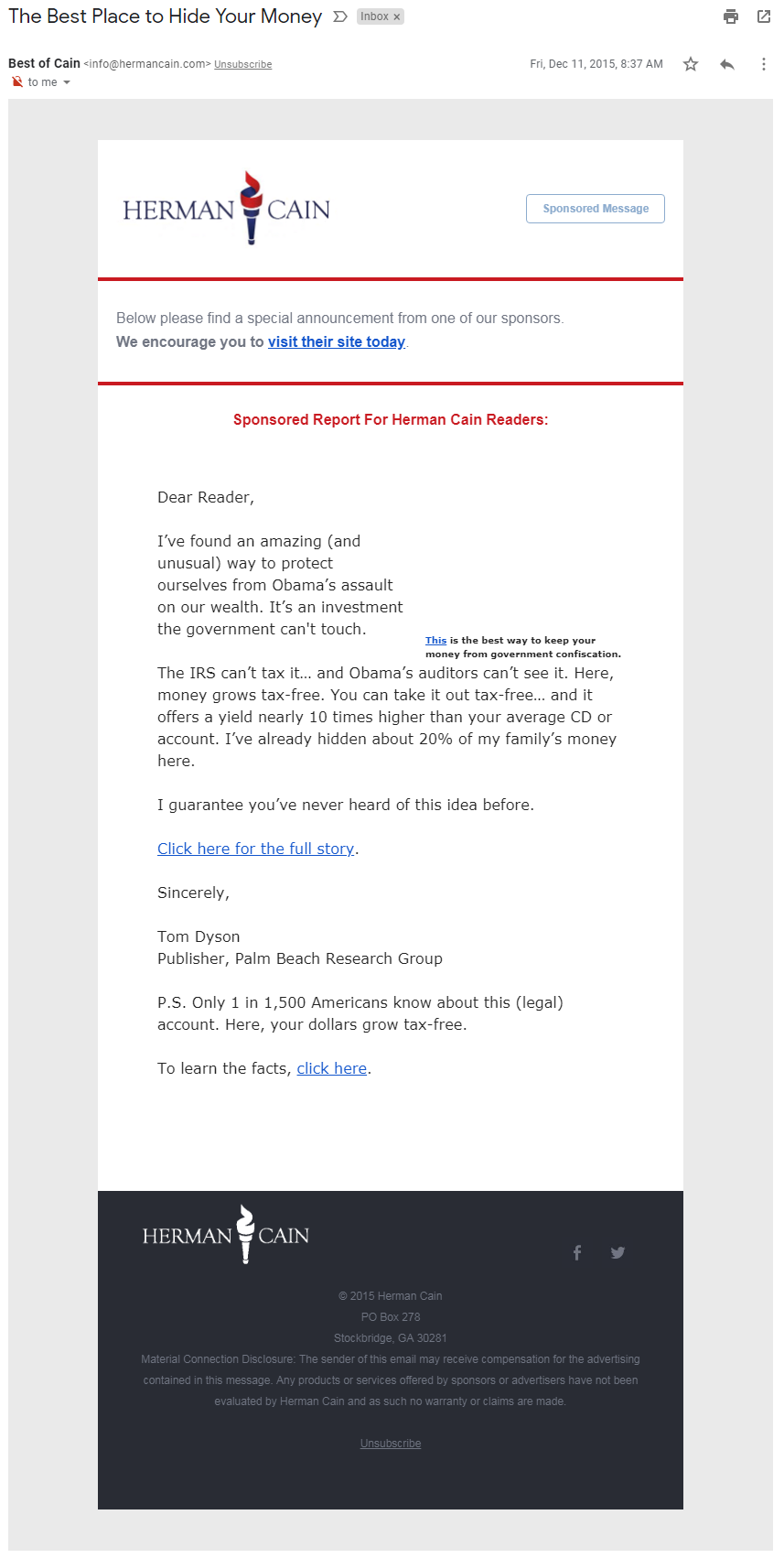