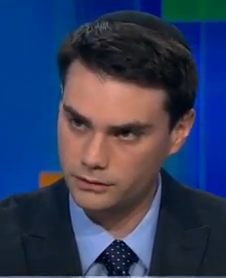 On August 22, the New Mexico Supreme Court ruled unanimously that Elane Huguenin - owner of Elane Photography - had violated the state's Human Rights Act when she refused to photograph a same-sex commitment ceremony in 2006. According to the Associated Press:

Justice Richard Bosson wrote that the business owners “have to channel their conduct, not their beliefs, so as to leave space for other Americans who believe something different.”

“That compromise is part of the glue that holds us together as a nation, the tolerance that lubricates the varied moving parts of us a people,” Bosson wrote in an opinion concurring with the court's ruling. “That sense of respect we owe others, whether or not we believe as they do, illuminates this country, setting it apart from the discord that afflicts much of the rest of the world. In short, I would say to the Huguenins, with the utmost respect: it is the price of citizenship.”

Fox News Radio's Todd Starnes tweeted that the ruling “forc[es] Christians to violate their faith” and compared the decision to forcing “a Muslim caterer” to “prepare a BBQ pig for a Christian wedding”:

At National Review Online, Ryan T. Anderson - the Heritage Foundation's in-house opponent of LGBT equality - fretted that the decision marked another sign that anti-gay views have been “driven to the margins of culture” and that "[t]he consequences for religious believers are becoming apparent."

“This decision is outrageous. While simultaneously admitting that this decision will harm the Huguenins, the court uses its full power of coercion to force them to compromise their beliefs,” declared Brian Brown, NOM president. “This is not what this country was founded upon; governmental coercion has no place in the public square never mind the freedom of religion supposedly enjoyed by the Huguenins.”

It may be the price of citizenship for the left, but it is the polar opposite of what the founders stood for when they wrote the First Amendment protecting freedom of religion. This is state-sponsored tyranny at its finest.

As ThinkProgress noted, the court's decision does not imperil business owners' free speech or religious liberty. Instead, as the opinion stated, the court's ruling allows businesses and their owner to “retain their First Amendment rights” even as they must follow state law:

Elane Photography and its owners likewise retain their First Amendment rights to express their religious and political beliefs. They may, for example, post a disclaimer on their website or in their studio advertising that they oppose same-sex marriage but that they comply with applicable antidiscrimination laws. [emphasis added]

Right-wing media depict every pro-LGBT policy - whether it's marriage equality, the Employment Non-Discrimination Act (ENDA), or transgender protections - as a threat to every upstanding American's fundamental rights and liberties. In every case, their claims have proven baseless; the New Mexico case is no different.