Since President Donald Trump announced Judge Brett Kavanaugh as his nominee to the Supreme Court on July 9, The Associated Press has covered Republican lawmakers and others supportive of Kavanaugh much more than Democrats and others opposed to his confirmation in its coverage of the nomination.

Social scientists have found Kavanaugh is “an uncommonly partisan judge” who has historically “tended to dissent more often along partisan lines than his peers,” and he has yet to secure pledges of support from a majority of senators. With landmark rights such as reproductive freedom at risk, it is crucial that voters have good information with which to engage their senators on how to vote on Kavanaugh. And The Associated Press plays a major role in supplying information from Washington, D.C., to the rest of the nation. As a 2015 Pew Research Center analysis of news content in newspapers explained, wire services such as the AP “supply the majority of this news to local newspaper readers,” and “the majority, though not all, of the wire content comes from The Associated Press.”

Local newspaper readers around the country are not getting a straight perspective of Kavanaugh, according to a Media Matters analysis of the past six weeks of the AP’s coverage of the nominee. AP stories have quoted 47 percent more Republicans than Democrats on the topic, 106 to 72, respectively, since July 9. Over the same time period, AP quoted people supportive of Kavanaugh 53 percent more than those opposed to his nomination, 119 to 78, respectively. Those quoted were not only lawmakers, voters, and former law clerks, but also childhood and more recent friends and acquaintances of Kavanaugh. 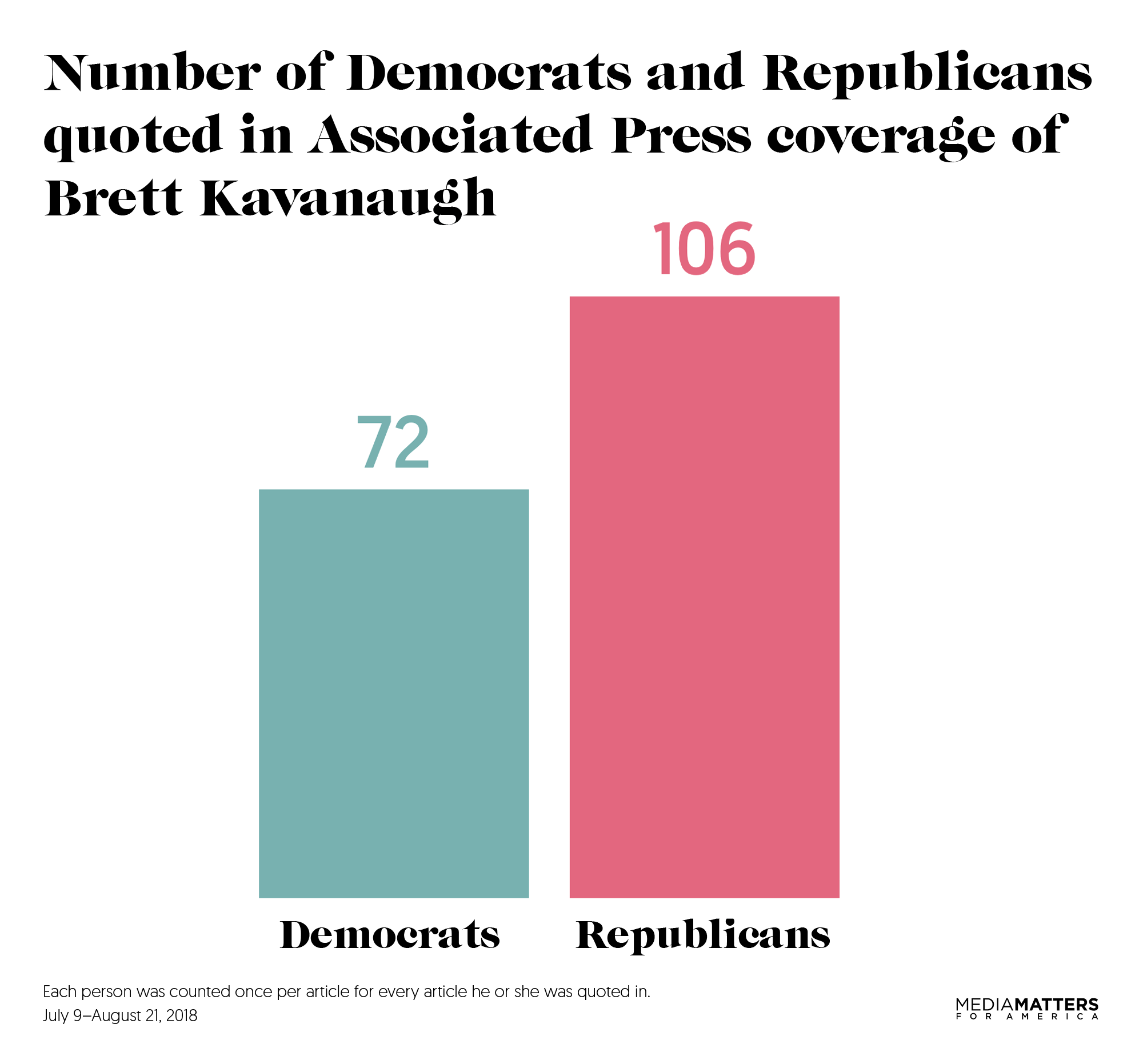 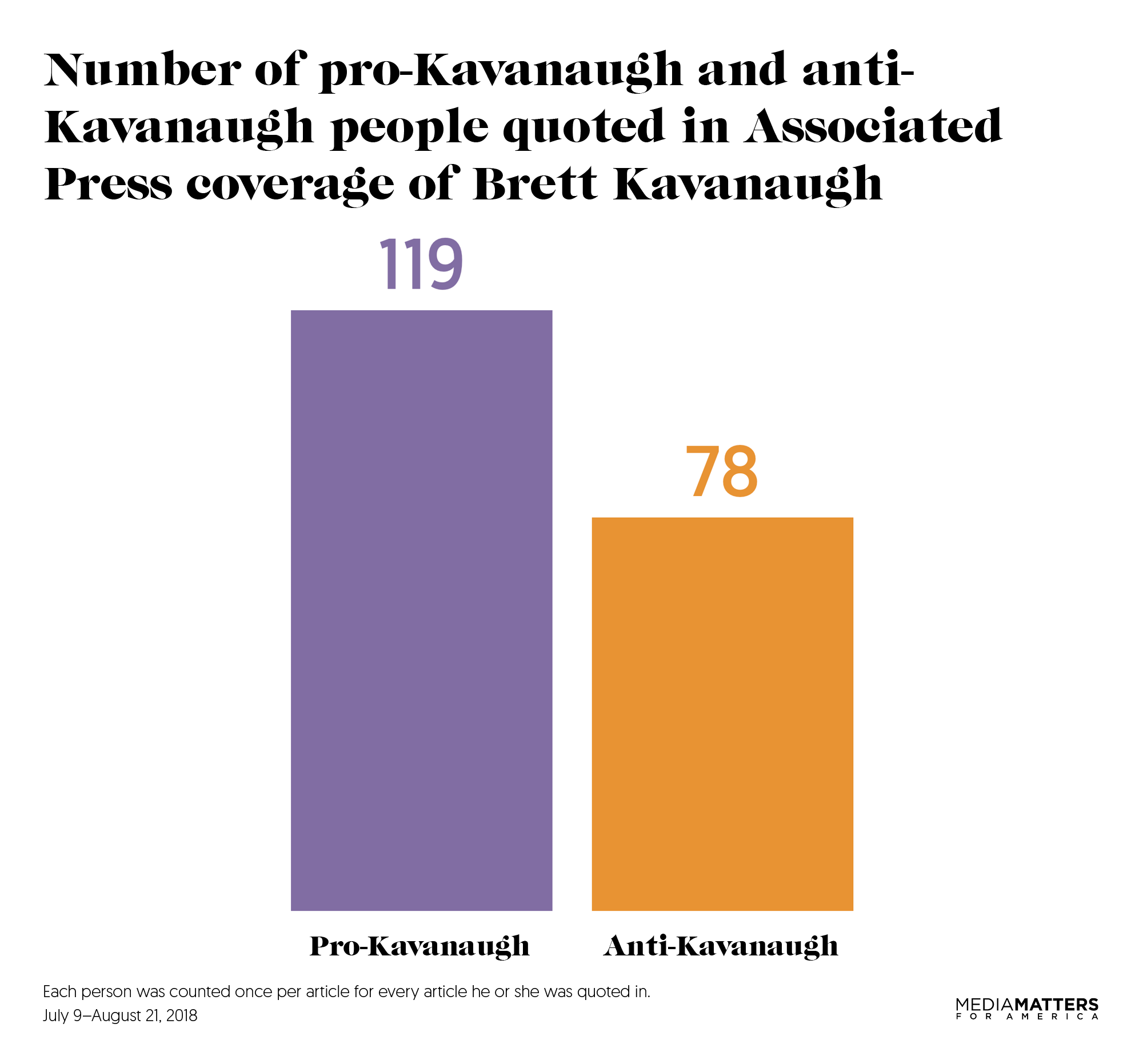 Methodology: Media Matters searched the Nexis database for articles from The Associated Press’ news section between July 9, 2018, and August 21, 2018, that mentioned Supreme Court nominee Brett Kavanaugh in the headline or lead paragraph. We coded every named individual quoted once per article as either Democratic or Republican (if partisan). In addition, we coded each individual based on expressions of support for or opposition to Kavanaugh or his confirmation, or coded them as neutral if they did not express support or opposition.