Through the first six weeks since President Donald Trump nominated Judge Brett Kavanaugh to the Supreme Court on July 9, The Associated Press quoted 47 percent more Republicans than Democrats and 53 percent more pro-Kavanaugh than anti-Kavanaugh voices in its coverage of the nominee. In the time since then, which included a confirmation hearing by the Senate Judiciary Committee, the AP has improved the frequency with which it is quoting Democrats and people opposed to Kavanaugh’s confirmation, but the outlet still quoted more Republicans and supporters overall.

The hearing for Kavanaugh, which ran September 4-7, started under a cloud of scandal; Republicans and the Trump administration had refused to release all the documents Democrats requested, and 42,000 pages were released to the committee the night before the hearing began. The hearing featured many newsworthy moments, including Sen. Patrick Leahy (D-VT) questioning Kavanaugh over his use of Democratic documents stolen by Republicans during the Bush administration, Sen. Kamala Harris (D-CA) confounding Kavanaugh by asking whether any U.S. laws allow the government to regulate male bodies, and Harris informing Kavanaugh that a phrase he used in an op-ed is “commonly used by white supremacists.” Kavanaugh also seems to have made false statements several times during the hearing.

In its coverage of Kavanaugh since the hearing began -- like its reporting before the hearing -- the AP was still quoting more Republicans than Democrats and more pro-Kavanaugh than anti-Kavanaugh voices: 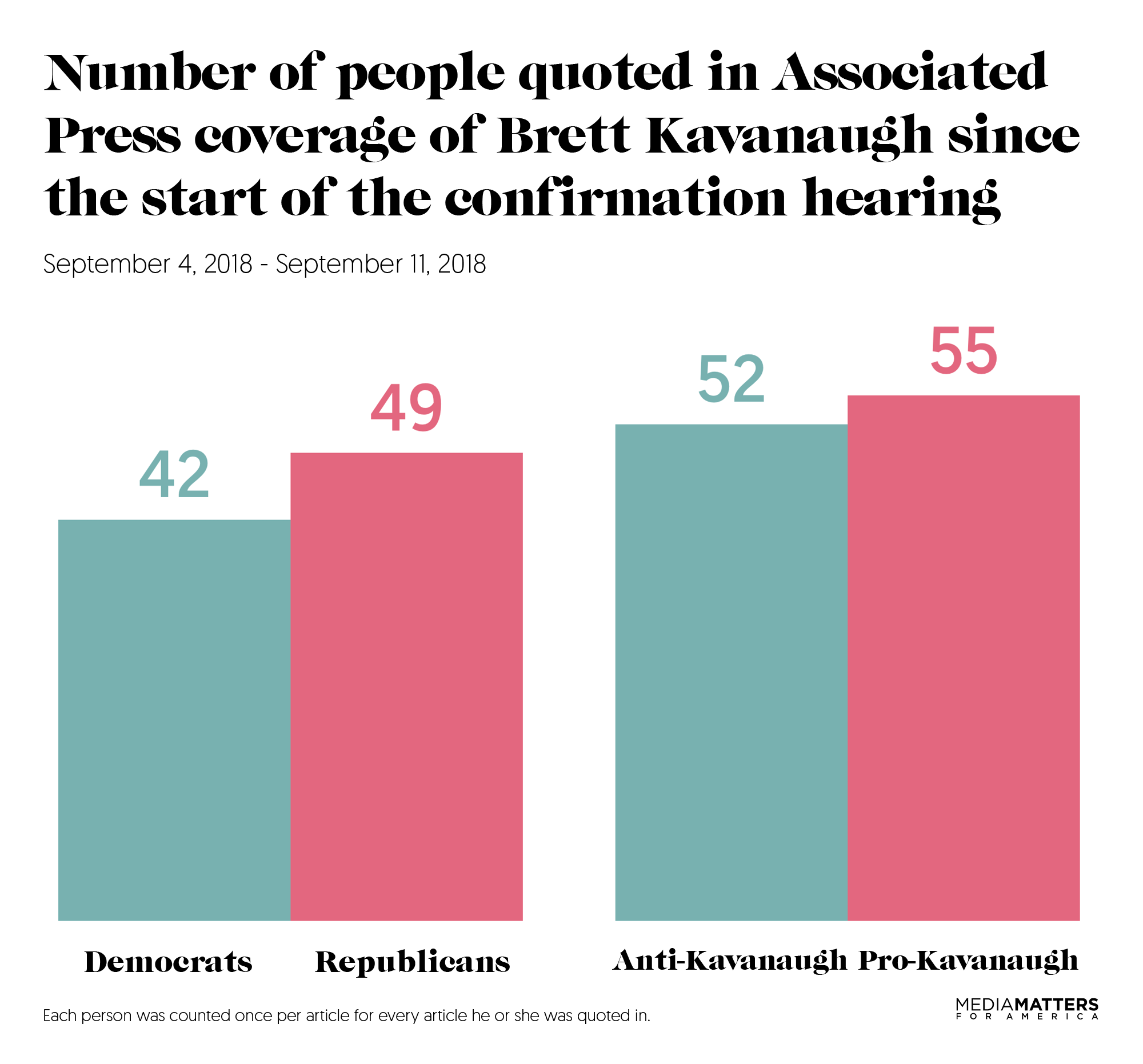 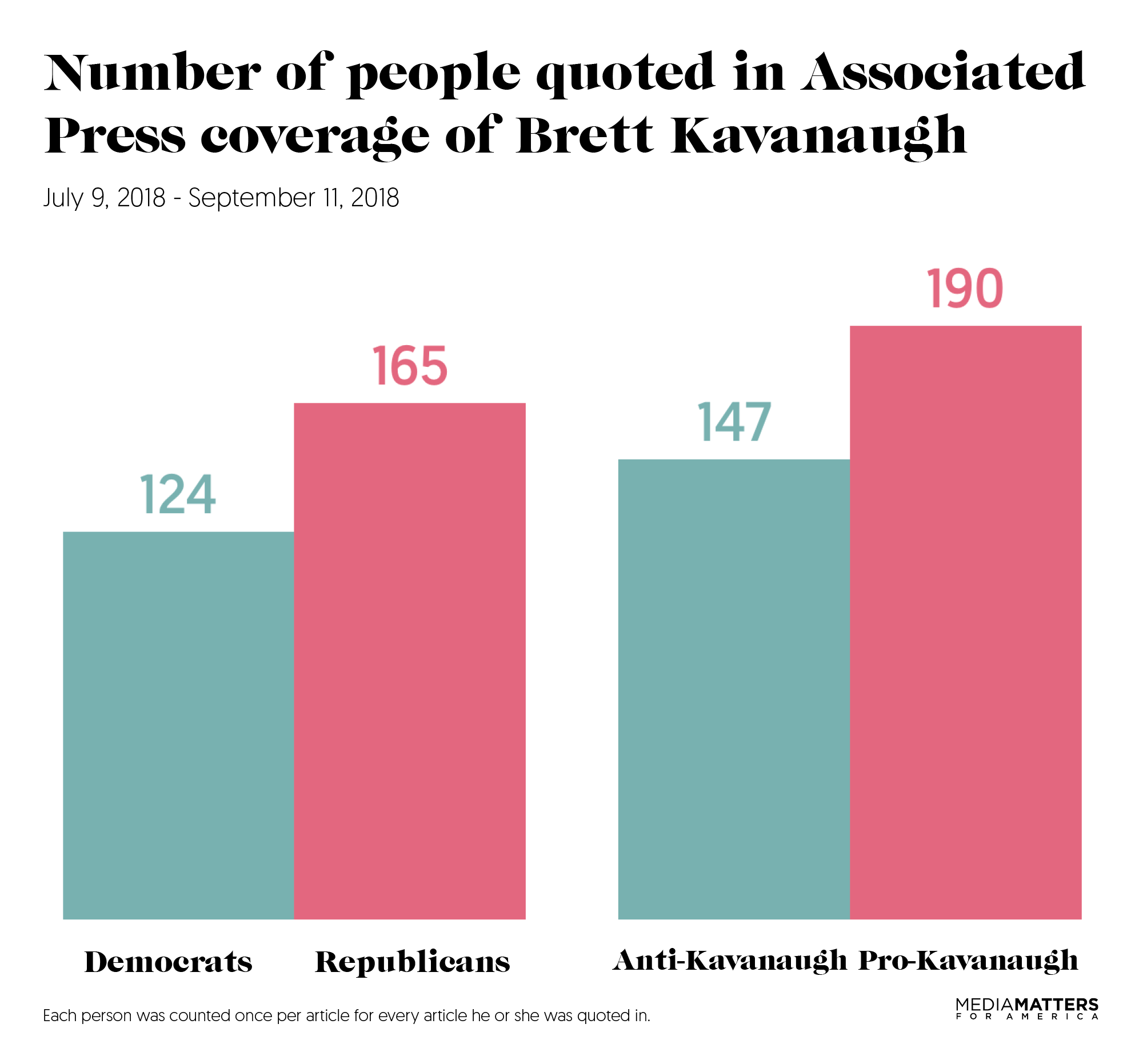 Kavanaugh has the lowest net approval -- negative 1 percent -- for a Supreme Court nominee since George W. Bush nominated Harriet Miers, and the AP’s reporting does not reflect the public’s view.

Methodology: Media Matters searched the Nexis database for articles from The Associated Press’ news section between July 9, 2018, and September 11, 2018, that mentioned Supreme Court nominee Brett Kavanaugh in the headline or lead paragraph. We coded every named individual quoted, counting them once per article as either Democratic or Republican (if partisan). In addition, we coded each individual based on expressions of support for or opposition to Kavanaugh or his confirmation, or coded them as neutral if they did not express support or opposition.