Twitter finally did what it should have done a month ago. The platform announced that it was removing Alex Jones and Infowars, citing a video posted to Twitter attacking CNN reporter Oliver Darcy.

Today, we permanently suspended @realalexjones and @infowars from Twitter and Periscope. We took this action based on new reports of Tweets and videos posted yesterday that violate our abusive behavior policy, in addition to the accounts’ past violations. https://t.co/gckzUAV8GL

This permanent suspension comes weeks after Twitter had failed to enforce its standards after Darcy previously identified more than a dozen examples of Infowars content on the platform that appeared to violate the rules. Twitter told Darcy at the time that the content did in fact violate the rules -- but that because the tweets were deleted by Infowars, no action would be taken.

During the evening of August 14, Twitter took action against Jones’ primary account after it sent a tweet that linked to a video on Periscope in which Jones called on his supporters to get their “battle rifles” ready:

On Periscope, which is owned by Twitter, Alex Jones tells supporters to get their “battle rifles” ready against antifa, the mainstream media, and “Chicom operatives” https://t.co/OBHSFc3ofC pic.twitter.com/ntQbh9IKxz

Twitter limited Jones' primary accounts for one week following that incident. Under the terms of the action, Jones was forced to delete the tweet linking to the Periscope video in order to start the countdown on a seven-day period in which the account was prohibited from tweeting. Jones found ways around that limitation and he was active on his @Infowars and @RealAlexJones accounts following their suspension until they were banned today.

There are already troubling signs that Twitter does not understand the full scope of Infowars’ accounts on the platform. An account associated with Paul Joseph Watson, Infowars' editor-at-large, tweeted the same video about Darcy that Twitter cited in banning Jones, but it remains active and is currently tweeting about Jones' and Infowars' supposed ban from the platform. Since the ban was announced, Jones has already shown up on the Periscope for Infowars' show War Room, which was not banned either. 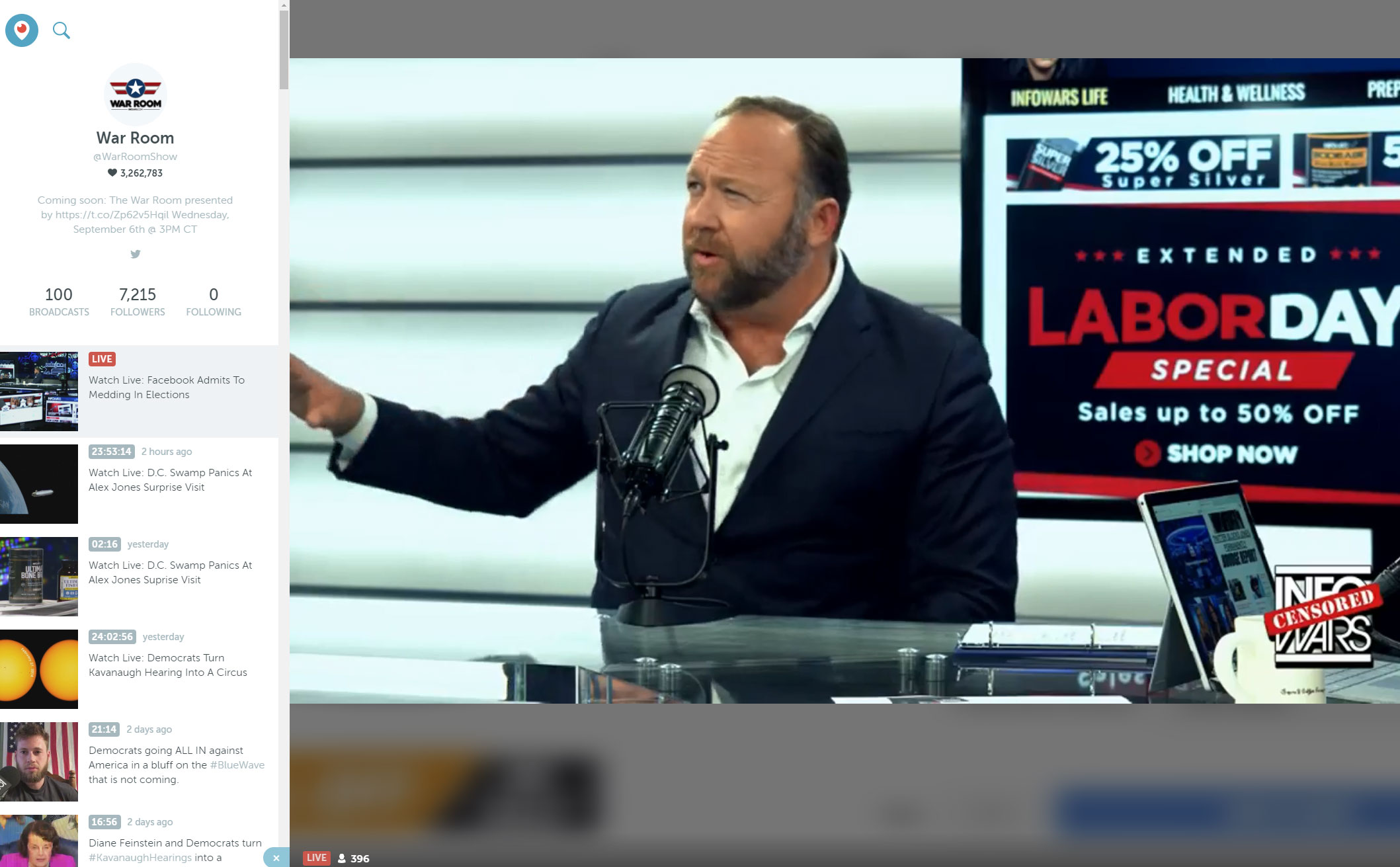