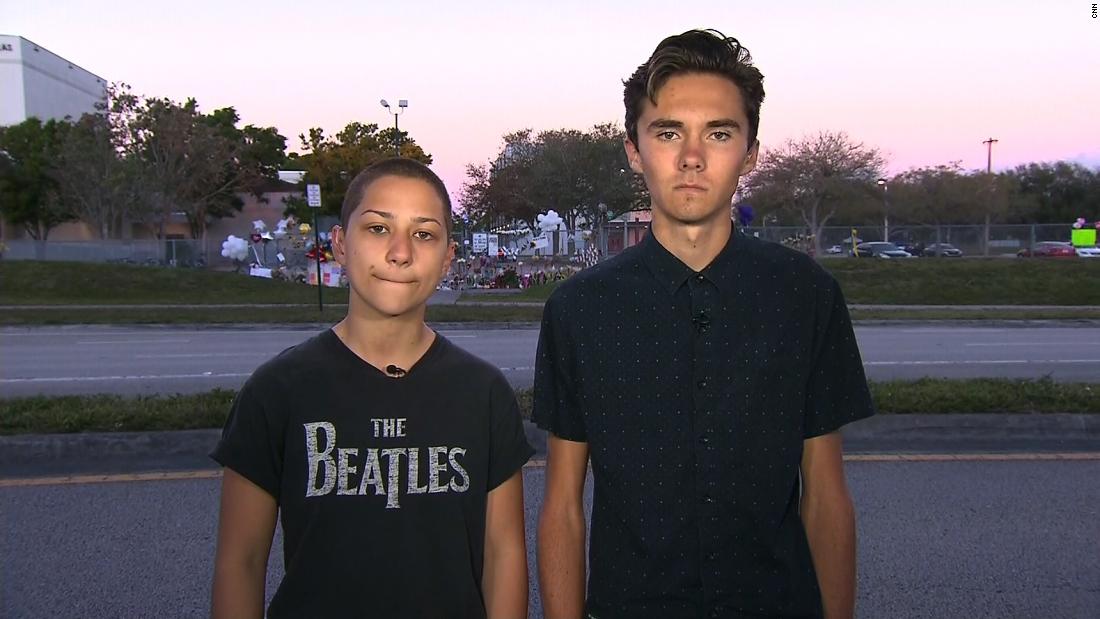 The Parkland student survivors behind the #MarchForOurLives are now public figures. Their social media presence is massive, they’re a fixture on TV news, and according to a poll from Public Policy Polling, they have a “56/34 favorability rating.” Their advocacy has inspired many Americans to engage (or re-engage) in the fight for gun safety. It’s also inspired a steady stream of harassment and hoaxes from the right.

The latest attacks on the students, right after their wildly successful march, are particularly vile. They include doctored images, memes suggesting that the students support communist dictators or Nazis (apparently communism and fascism are one and the same now), and accusations that student David Hogg wasn’t actually present for the shooting (just for the record, we know Hogg was there because he recorded interviews with his fellow students during the shooting). Conspiracy theorist Alex Jones took things to another level entirely when he released videos depicting a Parkland survivor as a Hitler Youth member and transposing a Hitler speech over another’s words. The students were even mocked by Rep. Steve King, R-IA, a congressman, on his Facebook page.

To be clear, these are high school students, most of whom are still minors, being attacked for over a month by adults who should know better. And tech companies allow their platforms to be weaponized over and over again for this purpose.

None of this should feel normal but somehow it is. It’s the circle of life on the internet: If half of social media is building you up, the other half will inevitably be tearing you down. We’ve accepted bullying and harassment as the price we pay for a more connected society, and that includes the harassment of minors advocating for their right to be safe at school. Looking over the social media landscape, it’s hard to argue that this isn’t normal. Does it have to be?

All of the tech platforms have policies against harassment in their terms of service, but none include special protections for minors who are harassed. All terms of service prohibit hate speech or harassment based on protected classes, including age, but only when the attack is made on the basis of that characteristic. So while disseminating doctored images of Emma Gonzalez supposedly tearing up a copy of the Constitution (she wasn’t) or memes suggesting that David Hogg is a Nazi or that he gave the Nazi salute at the #MarchForOurLives (he isn’t and he did not) are out of the bounds of human decency, they appear not to violate any one company’s terms.

It’s understandable that tech companies would avoid taking political positions and do everything in their power to prevent the appearance that they’re censoring a political viewpoint. But doctoring images of the Parkland students and spreading false information about them and their families online isn’t expressing a political opinion; it’s harassment. People should be able to express political viewpoints without harassing minors. They should be able to disagree with the students’ views without superimposing their heads on Nazi uniforms. More important, tech companies should be able to understand the difference.

The Parkland students survived one of the worst mass shootings in modern American history. They lost friends and classmates, and their lives were completely disrupted. Whether or not you agree with their views on gun safety, we should all be able to agree that teenagers have a right to advocate for their own safety at school without fear of weaponized social media attacks against them. It should never be acceptable to spread false information and doctored images that threaten the safety of anyone, especially if that person is still a student in high school. Tech companies shouldn’t allow their platforms to become dissemination engines for this type of attack. That’s not politics; that’s just human decency.