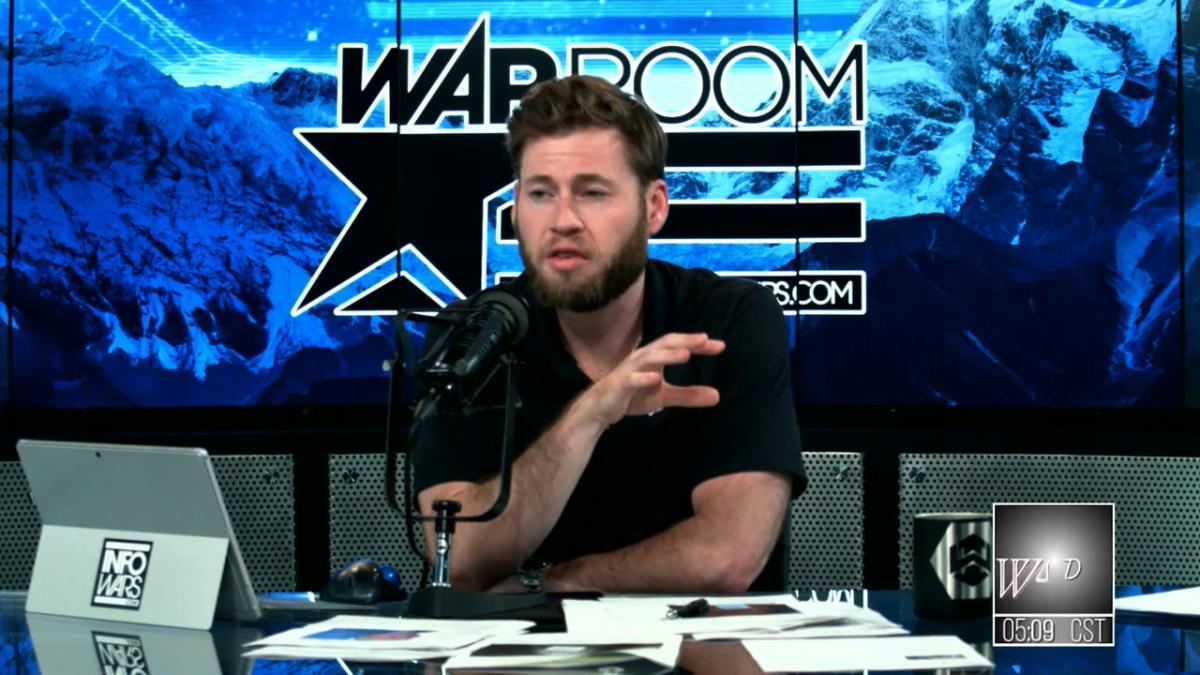 Infowars host Owen Shroyer attacked Judge Amy Berman Jackson by alleging that she won’t give Infowars host and Trump confidant Roger Stone a fair trial because she is involved in covering up “the crimes of Barack Obama.”

Shroyer and Stone are co-hosts on the Infowars program War Room, although Stone stopped making his regular appearances on the show after Jackson imposed a gag order on him.

Stone, who is facing seven felony charges as part of special counsel Robert Mueller’s probe, was subjected to a gag order by Jackson on February 21 after he posted an image of Jackson next to crosshairs on social media and wrote a caption complaining about the “Obama appointed Judge.” The terms of the gag order prohibit Stone from speaking publicly about his case or Mueller’s investigation, and it additionally prohibits him from commenting on the case “indirectly by having statements made publicly on his behalf by surrogates, family members, spokespersons, representatives, or volunteers.”

In a clip of War Room posted to Infowars on March 12, Shroyer said that Stone is innocent but that he fears he will be jailed “a politicized judge, nominated by Obama, one of the greatest criminals in American history.” Shroyer went on to add, “You don’t think for one second that judge wants to protect the crimes of Barack Obama?”

OWEN SHROYER (CO-HOST): Bob Mueller and all these Democrats with Adam Schiff and everybody destroying all these innocent people’s lives, destroying America. They love it. They get off to it. It gets them high. And the average American can’t empathize with that. They don’t even have a scintilla of empathy for that. They couldn’t even comprehend having no remorse, just in cold blood destroying anyone’s life that’s in your way politically. And so, honestly, that’s why it’s so hard for America and for the average human to truly comprehend the evil that we’re dealing with. And the only reason I comprehend it is because I’ve seen it, I’ve studied it, and I now can flesh it out and know every move they make.

And that’s why I’m afraid my friend Roger Stone, an innocent man, is going to be put in jail by a politicized judge, nominated by Obama, one of the greatest criminals in American history. You don’t think for one second that judge wants to protect the crimes of Barack Obama? I’m trying not to get mad right now. This is when I start screaming. Because America needs to wake the hell up.

Stone’s Infowars boss, Alex Jones, previously used Infowars to broadcast his own attacks on Jackson. During a February 24 broadcast, he compared Jackson to Hitler and repeated Stone’s pre-gag order catchphrase that he will not “bear false witness against the president.”