Update: In a statement to Media Matters, MailChimp confirmed it has removed the accounts for Infowars, citing “hateful content”:

MailChimp doesn’t generally comment on individual users or accounts, but we’ll make an exception today. MailChimp notified Infowars that their accounts have been terminated for violating our Terms of Service, which make it clear that we don’t allow people to use our platform to disseminate hateful content.

We take our responsibility to our customers and employees seriously. The decision to terminate this account was thoughtfully considered and is in line with our company’s values.

After Stitcher, Apple, Facebook, LinkedIn, and YouTube all removed Alex Jones and Infowars, Alex Jones aired a shot of a document during a live stream showing that MailChimp removed him “effective immediately” because his account “is in violation of our Terms of Use.” 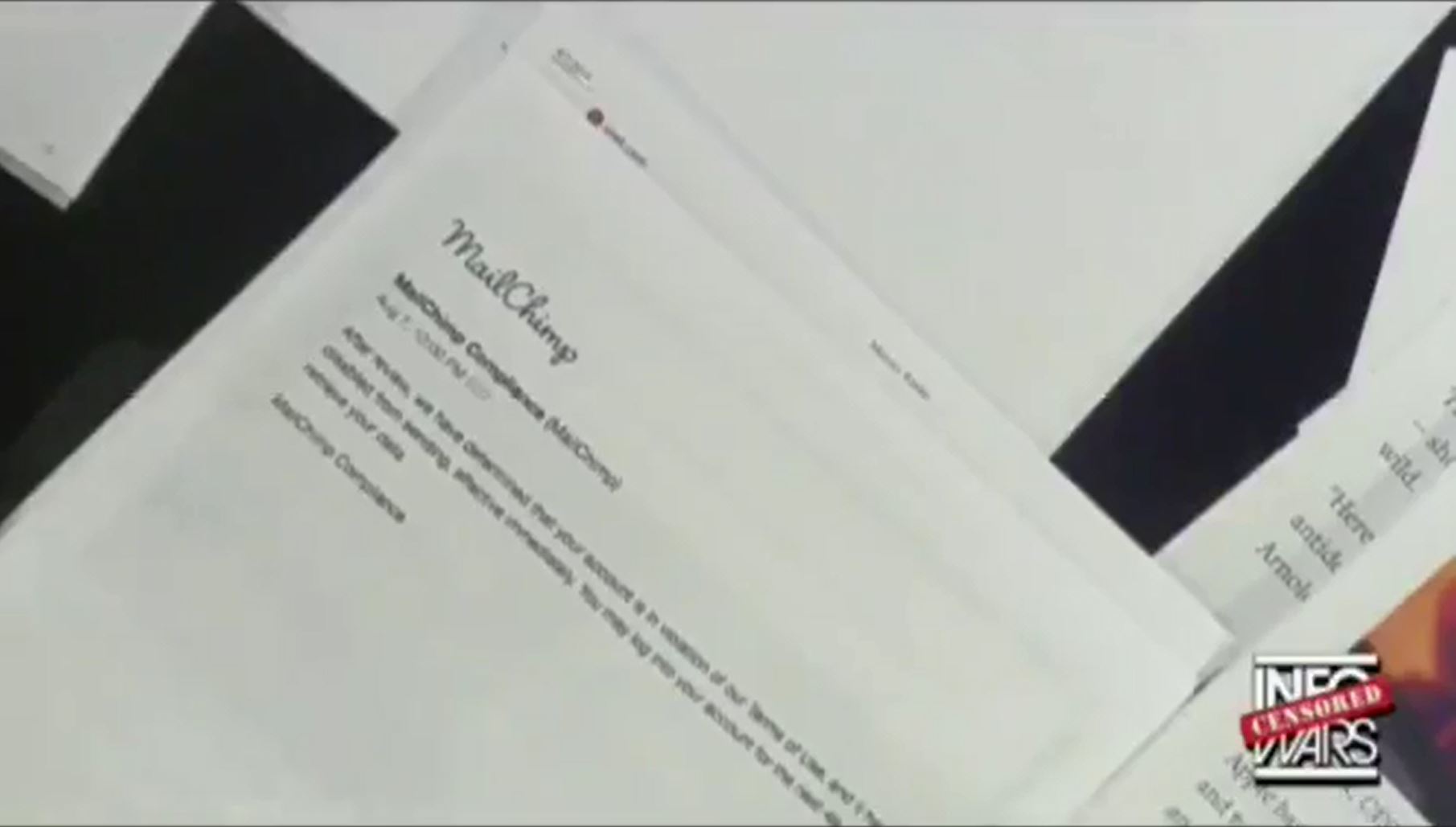 Jones has regularly used his show to push conspiracy theories targeting survivors of tragedies, including 9/11 and the massacre at Sandy Hook Elementary School.  Jones has repeatedly used his platform to push for violence and allege that domestic right-wing terrorism in America, such as in Oklahoma City, is actually part of a secret government plot.