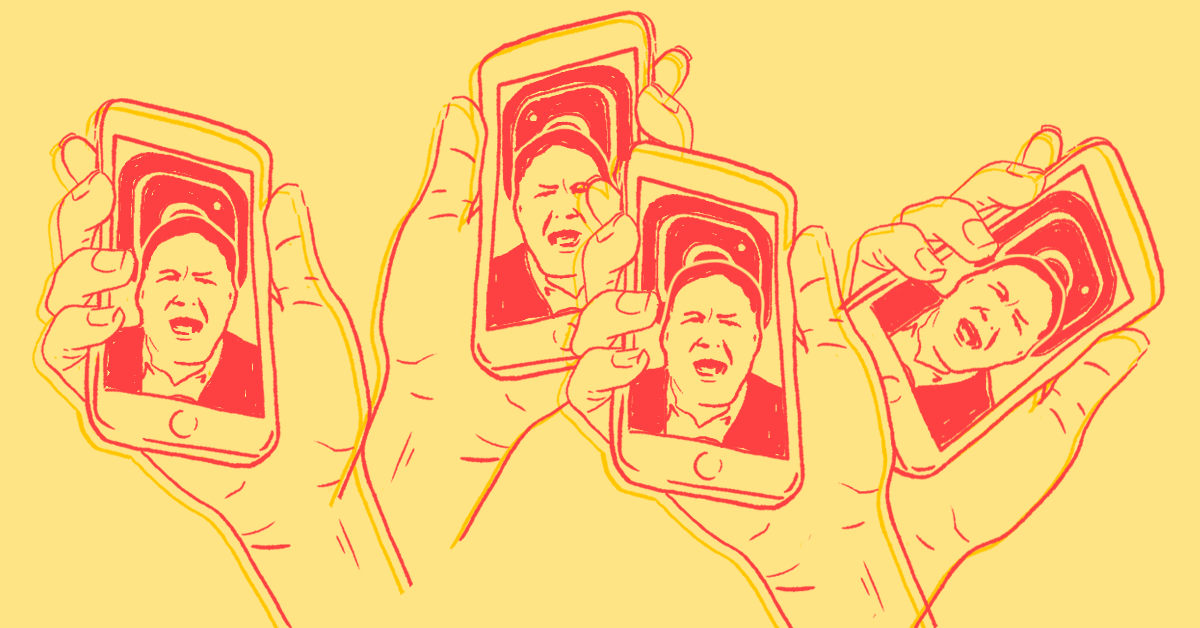 An Instagram account associated with Alex Jones’ Infowars outlet is using the platform to promote Jones’ conspiracy theories about the death of Jeremy Richman, whose daughter Avielle was killed in the 2012 Sandy Hook Elementary School shooting in Newtown, CT.

Richman died of an apparent suicide on March 25. He was part of a group of Sandy Hook families who are suing Jones for defamation, arguing that false claims Jones made about the 2012 shooting -- including that the tragedy was a “giant hoax” -- spurred harassment and threats against them. 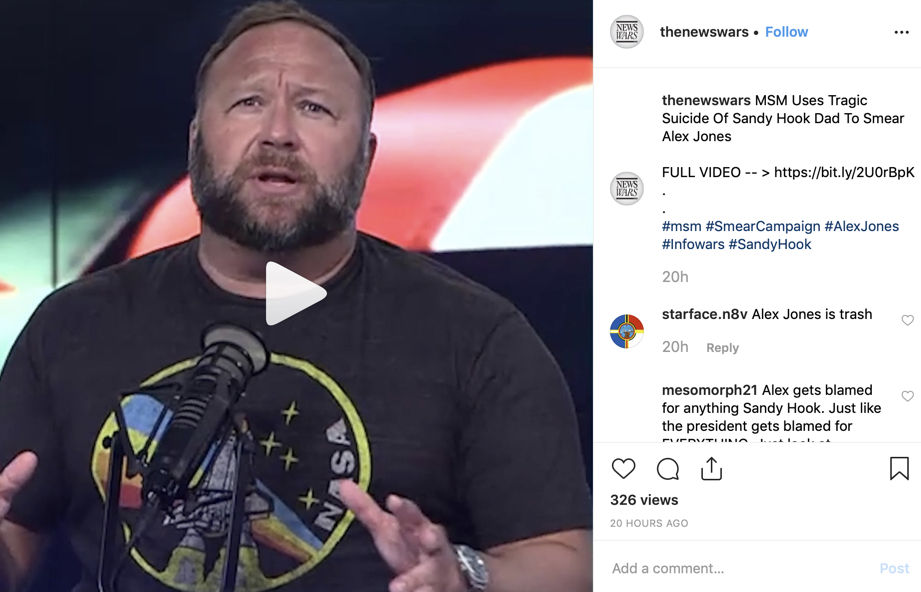 The video was posted with the description “MSM Uses Tragic Suicide Of Sandy Hook Dad To Smear Alex Jones.” The post included the hashtag #SandyHook and urged people to read a linked Infowars article to view the full video. In that full video, Jones complained that Richman’s reported suicide meant that Jones won’t get a “fair trial” in the defamation lawsuits he is facing. He also questioned the known facts of Richman’s death, saying, “I mean, is there going to be a police investigation? Are they going to look at the surveillance cameras? I mean, what happened to this guy? This whole Sandy Hook thing is, like, really getting even crazier.” He also speculated that Richman was murdered and that his death was timed to distract from the release of the summary of special counsel Robert Mueller’s report on possible Russian interference in the 2016 election.