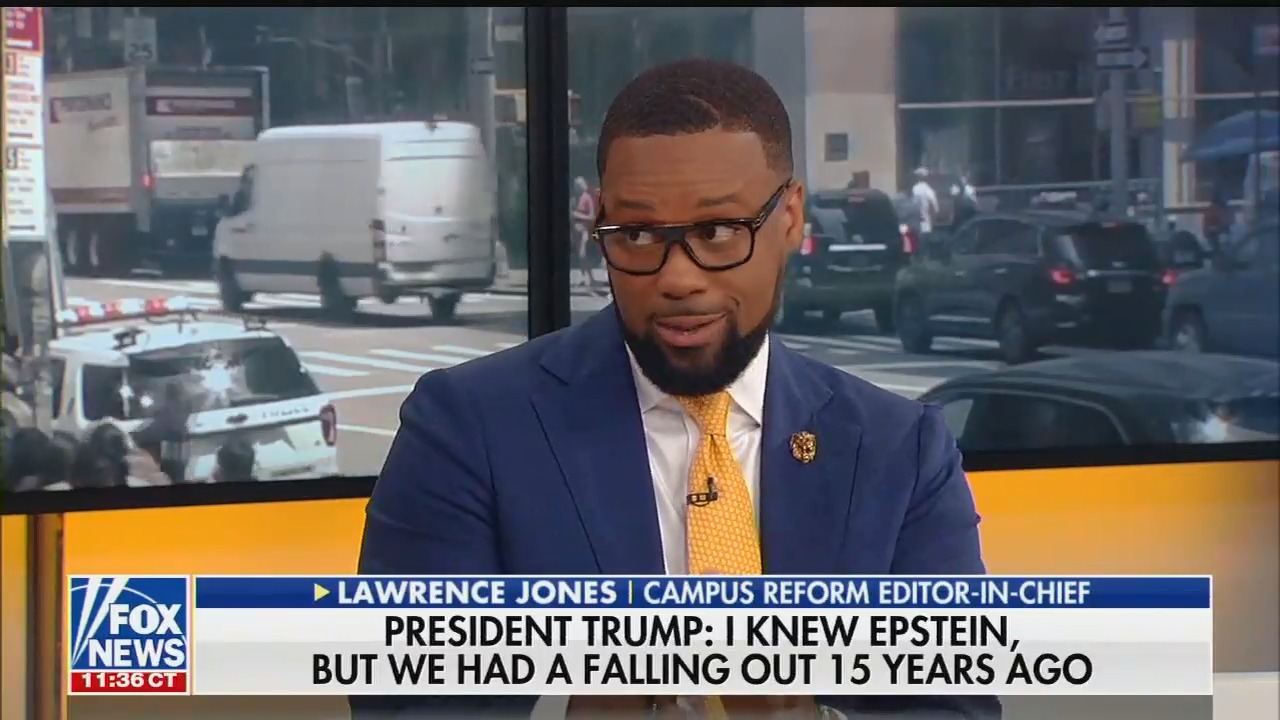 Epstein, who was arrested over the weekend and charged with new federal sex trafficking crimes, was able to obtain a non-prosecution agreement in 2008 as part of a deal that saw him serve just 13 months in a Florida county jail as a consequence of his sexual abuse of children. The deal -- which was recently ruled an illegal violation of the Crime Victims’ Rights Act -- was overseen and approved by then-federal prosecutor Alex Acosta, who is currently President Donald Trump’s labor secretary.

Acosta has come under significant fire for his participation in the agreement, and far-right conspiracy theorists have sought to shift the blame for how the federal government handled Epstein’s previous case to Mueller, who was FBI director at the time. But Mueller had no involvement in the agreement, as The Daily Dot explained:

Robert Mueller was FBI director at the time of Epstein’s plea, but there’s no evidence that Mueller personally had anything to do with Epstein’s case or investigation, much less his sentencing. In the end, it was Acosta, in his capacity with the U.S. Attorney’s office, who gave Epstein his light sentence, not the FBI, because the FBI doesn’t handle the prosecution of offenders. It wouldn’t be Mueller’s call to make.

Nonetheless, the effort to shift the blame away from the Trump administration and toward Mueller, who is scheduled to testify before Congress on July 17 about his special counsel investigation, is now being made on Fox News. When asked about Acosta’s involvement during the July 9 broadcast of Outnumbered, Fox News contributor Lawrence Jones deflected the question to baselessly claim that Mueller knew about the plea agreement:

During his July 7 broadcast, toxic conspiracy theorist Alex Jones said Epstein “worked with Robert Mueller to set up thousands of people,” baselessly suggesting that Mueller was involved with information Epstein turned over to the FBI as part of his non-prosecution agreement. In targeting Mueller, Jones sought to absolve Trump as well as Epstein attorney and pro-Trump pundit Alan Dershowitz, whom a victim has sued for being, as the lawsuit puts it, “a participant in sex trafficking, including as one of the men to whom Epstein lent out Plaintiff for sex”:

Jones also said during his July 8 broadcast that Epstein “was a procurer for Robert Mueller and others of blackmail”:

(Dating back to at least July 2018, Jones has attempted to connect Epstein to Mueller, including in an infamous video in which he appeared to threaten to shoot the former special counsel.) 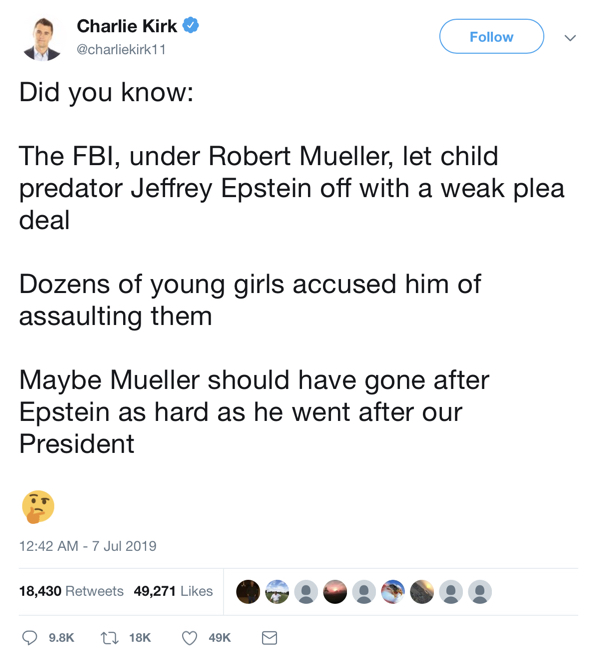 The claim has also been pushed by proponents of the QAnon conspiracy theory.