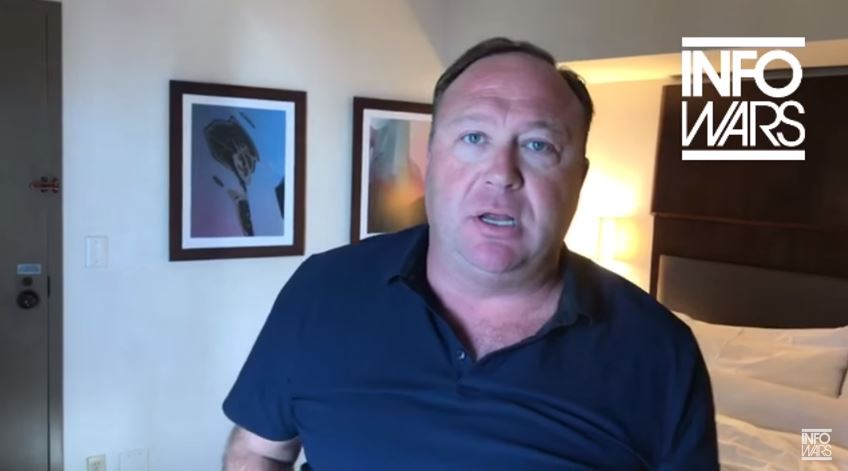 A Colorado man who claimed that he was randomly attacked by a person who mistook him for a neo-Nazi because of his haircut has admitted to police that he lied about the attack and that in reality he had accidentally stabbed himself with a knife he had recently purchased.

Jones claimed, “I read the news every day, and buried in the news in Chicago and in Dallas and in Seattle and in Denver and in New York, every day or so they’ll be a white guy getting out of his car, with his kids, you name it, and if he’s got a short haircut somebody runs over goes, ‘F you, Nazi,’ and stabs him in the neck, a lot of times killing him.”

Jones went on to specifically reference the claims of Witt, who said he was stabbed by a man who mistook him for a neo-Nazi because of his short haircut as he was getting out of his car at a Steak ‘n Shake restaurant in the Denver suburb of Sheridan. Witt told police that the man who stabbed him was black.

In his video, Jones said, “The guy’s getting out at a place to get a shake, and he’s got David Beckham-style haircut. … The guy gets out, and a guy walks up and goes, ‘F you, Nazis, you’re one of them,’ and goes at him because he’s a blond-haired, blue-eyed, good-looking guy.”

While talking about the danger white people supposedly face, Jones showed a debunked, racially charged graphic that incorrectly claimed 81 percent of white murder victims are killed by black people (the actual figure from the FBI’s 2014 data is 15 percent). As Jones read from the graphic off of his laptop, it became apparent the image he was citing was from a PolitiFact article with the headline “Trump’s Pants on Fire tweet that blacks killed 81 percent of white homicide victims.” 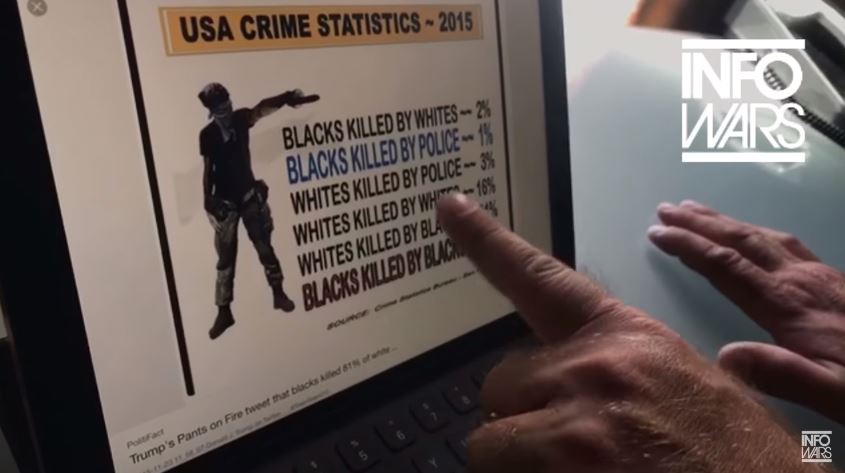 During the August 21 broadcast of The Alex Jones Show, Jones continued to push his white travel advisory claims, also floating the idea that whites should receive reparations from blacks because of crime over the last several decades.