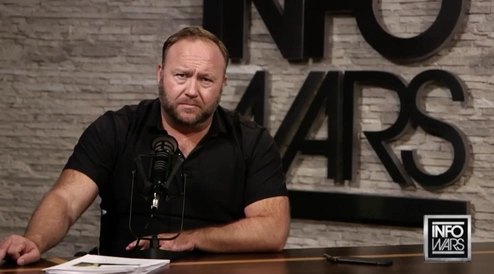 After being banned by Facebook, YouTube, and other social media platforms and websites for violating community guidelines, conspiracy theorist Alex Jones is now using Tumblr to promote his Infowars outlet.

Get the free app while you still can: https://t.co/vm914ii1lhhttps://t.co/BifgnMVgS5 pic.twitter.com/d1BEhEHGK8

The tweet linked to Jones’ Tumblr page. The page made its first post in 2012, but it has posted only sporadically over the past six years. On August 13, the account began repeatedly posting content after being dormant for over a year.

Jones is using his Tumblr account to encourage readers to watch his show on Periscope and to download the Infowars app:

Other posts link to material on Jones’ Infowars.com website.

Media Matters has asked Tumblr for a comment on Jones’ use of its platform and will update this post if we receive a response.