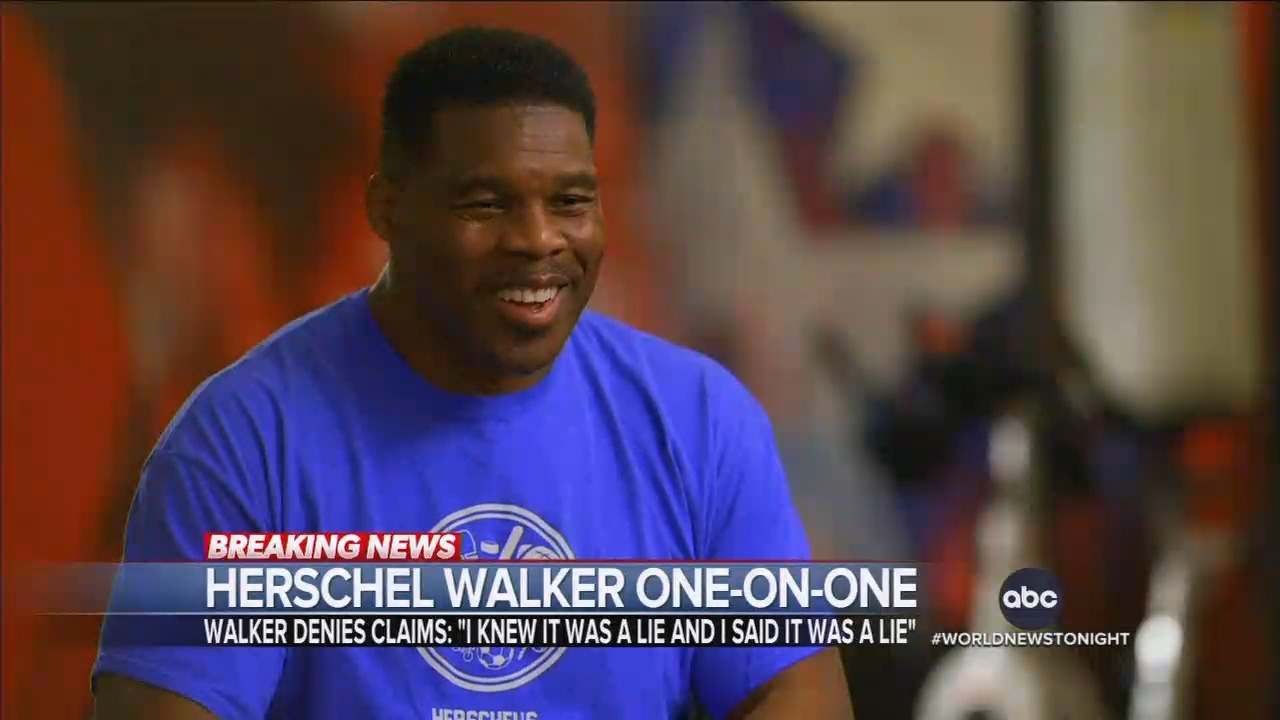 In the first network TV interview with Herschel Walker since bombshell reports alleged he paid for an abortion, ABC News largely ignored policy with the staunchly anti-abortion Republican Senate nominee from Georgia. In an extended version of the interview published online, anchor Linsey Davis failed to press Walker on his inconsistencies about reproductive health and allowed him to use misleading framing on abortion restrictions.

Earlier this month, The Daily Beast reported that Walker paid for an anonymous then-girlfriend’s abortion. The New York Times further reported that Walker had urged the woman to have a second abortion, which she refused, choosing to instead raise their child alone. Walker’s campaign has repeatedly dismissed these claims.

Davis sat down with Walker for an exclusive interview earlier this week, which aired in a condensed version just under 5 minutes long on the Tuesday edition of ABC World News Tonight and was published online in a 13-minute extended edition. During the televised interview, ABC’s flagship evening news program, which averages a nightly viewership of 8.15 million, fixated on Walker’s continued denial of the allegations and forewent airing portions of the interview related to the candidate’s stance on abortion. The sole mention of Walker’s hard-line anti-abortion attitude was a brief statement that he “opposes abortion with no exceptions,” amounting to only 4 seconds in the nearly 5-minute segment.

In the extended version posted online, only 49 seconds of the 13-minute runtime focused on policy. When Davis asked Walker about his position on abortion, she offered no pushback to Walker framing Georgia’s six-week ban as a “heartbeat bill,” which experts largely agree is medically inaccurate. Davis also failed to press Walker about inconsistencies in his view on abortion. Prior to the interview, Walker has publicly stated his support for a federal abortion ban without exception. However, during the interview, Walker expressed his support for the Georgia law’s exceptions for rape, incest, and serious risk to the health of the pregnant person, obscurely reasoning that the exceptions are “from the people,” and adding, “I believe in life.” Even with this apparent flip-flop on abortion, Davis asked no follow-up questions.

Despite Walker’s position as a candidate in a closely watched, toss-up Senate race, ABC News failed to hold him accountable on his abortion position, leaving its millions of nightly viewers in the dark as Election Day nears.