Newsmax TV and Rebel Media host John Cardillo amplified a far-right conspiracy theory that originated from message boards and social media accounts and accuses Democratic presidential candidates Sens. Kamala Harris (D-CA) and Cory Booker (D-NJ) of staging the alleged anti-queer and racist attack against actor Jussie Smollett. The conspiracy theory contends that the senators' intent in drawing attention to a case like Smollet's was to help pass their proposed anti-lynching legislation. The baseless claim connects with the far-right narrative that Smollett's alleged attack -- which reportedly included the attackers wrapping a rope around the Empire star’s neck -- was a hoax in efforts to minimize the importance of anti-lynching legislation.

Harris and Booker, both of whom recently announced their 2020 presidential candidacies, introduced the Justice for Victims of Lynching Act of 2018 with Sen. Tim Scott (R-SC) last summer. The bill, which unanimously passed in the Senate, would classify lynching as a federal hate crime. Earlier attempts to pass anti-lynching legislation in Congress failed repeatedly during the 19th and 20th centuries when the act of racial terrorism was widespread across the country. Both Harris and Booker have called the attack on Smollett a “modern-day lynching.”

Here’s how the conspiracy theory bubbled up from the fever swamps to Cardillo’s Twitter feed: 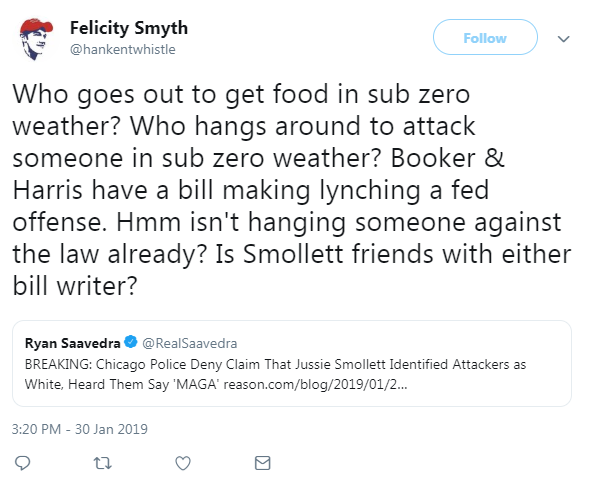 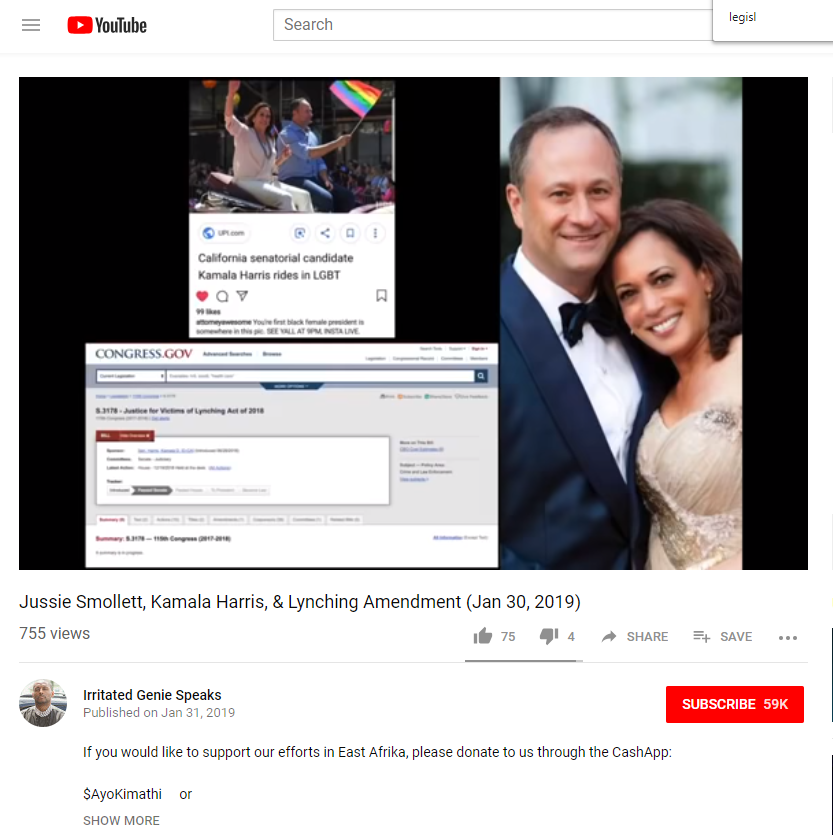 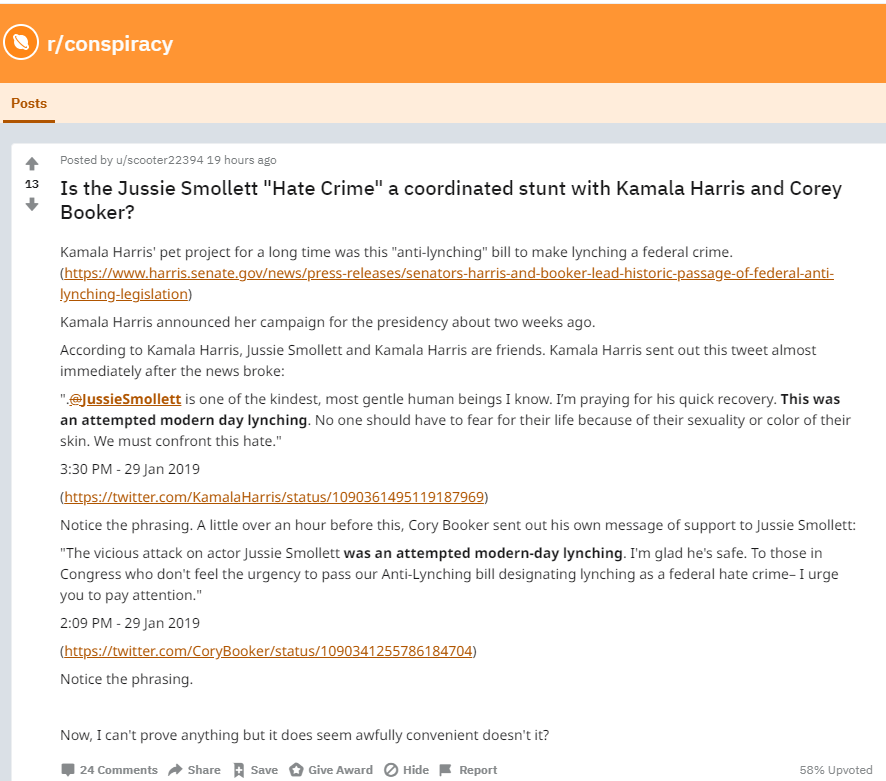 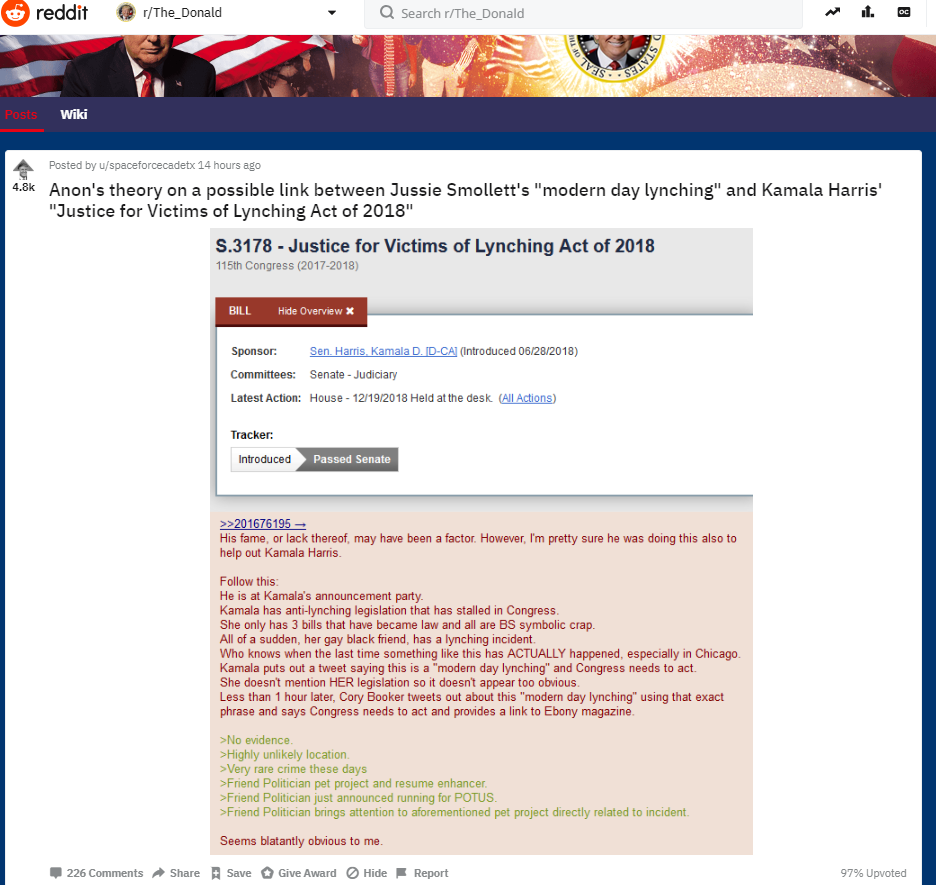 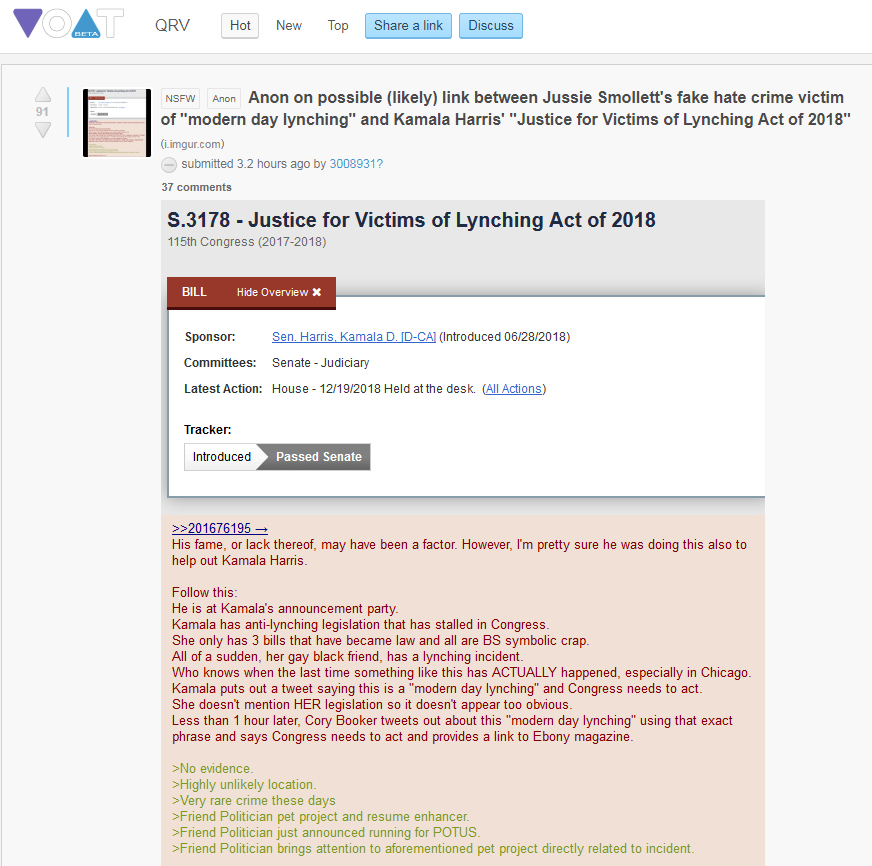 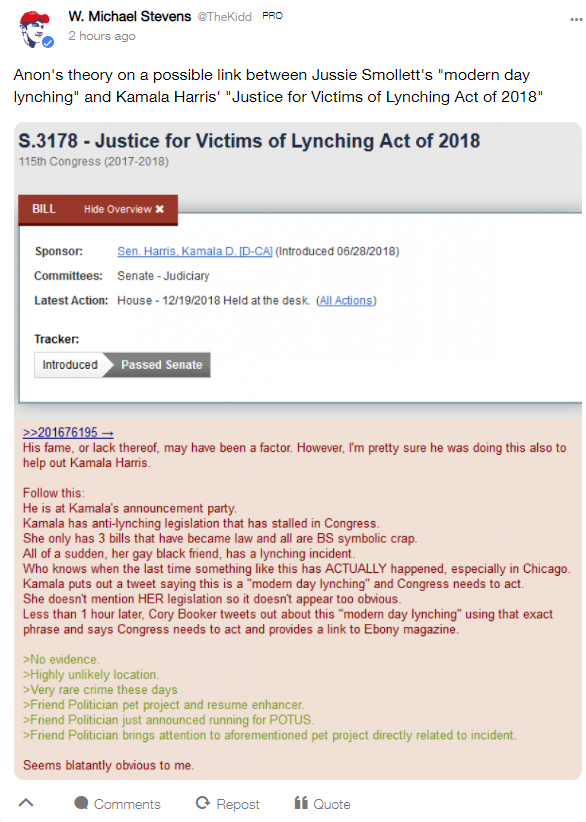 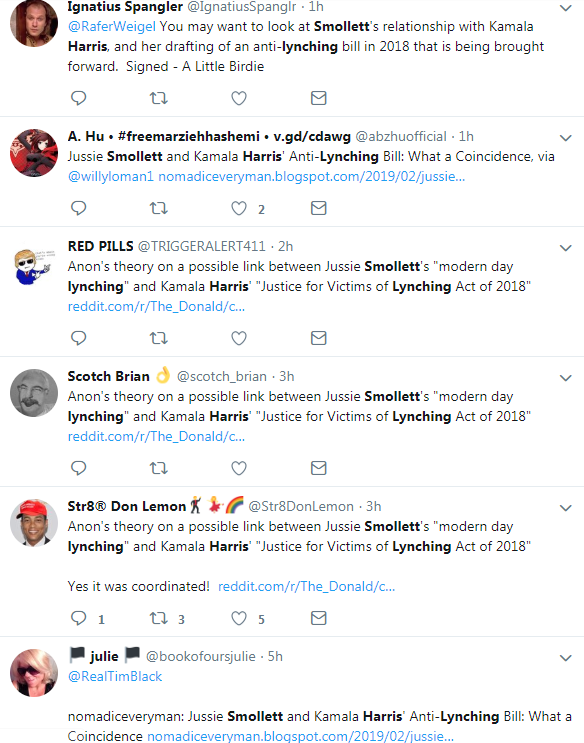 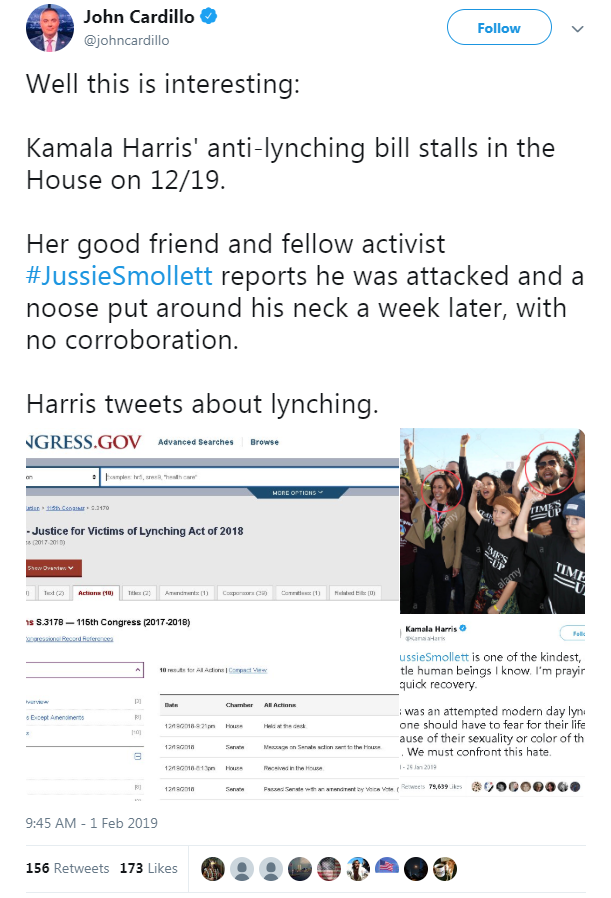