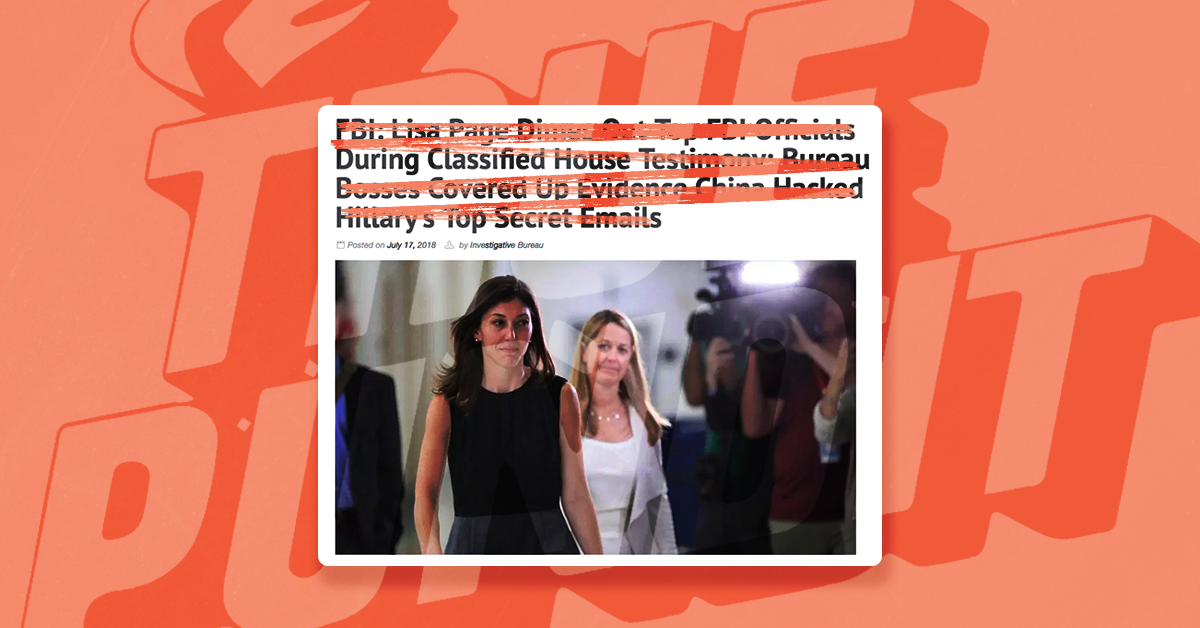 A made-up story claiming that former FBI attorney Lisa Page told Congress that China, not Russia, was responsible for hacking during the 2016 election spread throughout far-right online spaces and fake news sites and onto radio. Page’s attorney has rebutted the claim.

True Pundit is a site known for posting false stories and pushing Pizzagate. On July 17, the site wrote that Page said, in “classified House testimony,” that there is secret evidence that “China hacked [Hillary Clinton’s] top secret emails.” 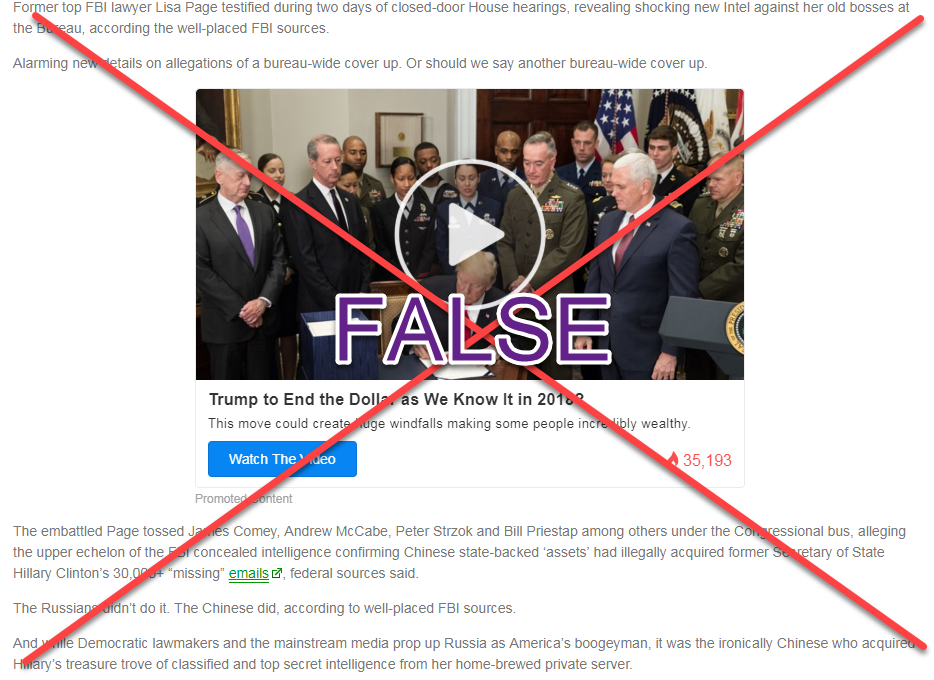 There is no evidence that Clinton’s emails were ever hacked. Rather, emails account of Clinton campaign chairman John Podesta, and the networks of the Democratic National Committee (DNC) and the Democratic Congressional Campaign Committee (DCCC) were all hacked. A recent indictment from special counsel Robert Mueller linked 12 Russian military officers to the hacks of the DNC and DCCC.

Furthermore, Page’s attorney, Amy Jeffress, told FactCheck.org that the story was “completely false,” adding that Page, in “nearly ten hours of testimony before the Committees, … did not say a single word about China hacking the DNC server, and this conspiracy theory about the FBI instructing her to cover up such a story is nonsense.” Jeffress also said Page’s testimony confirmed the intelligence community’s analysis that Russia interfered in the 2016 election. 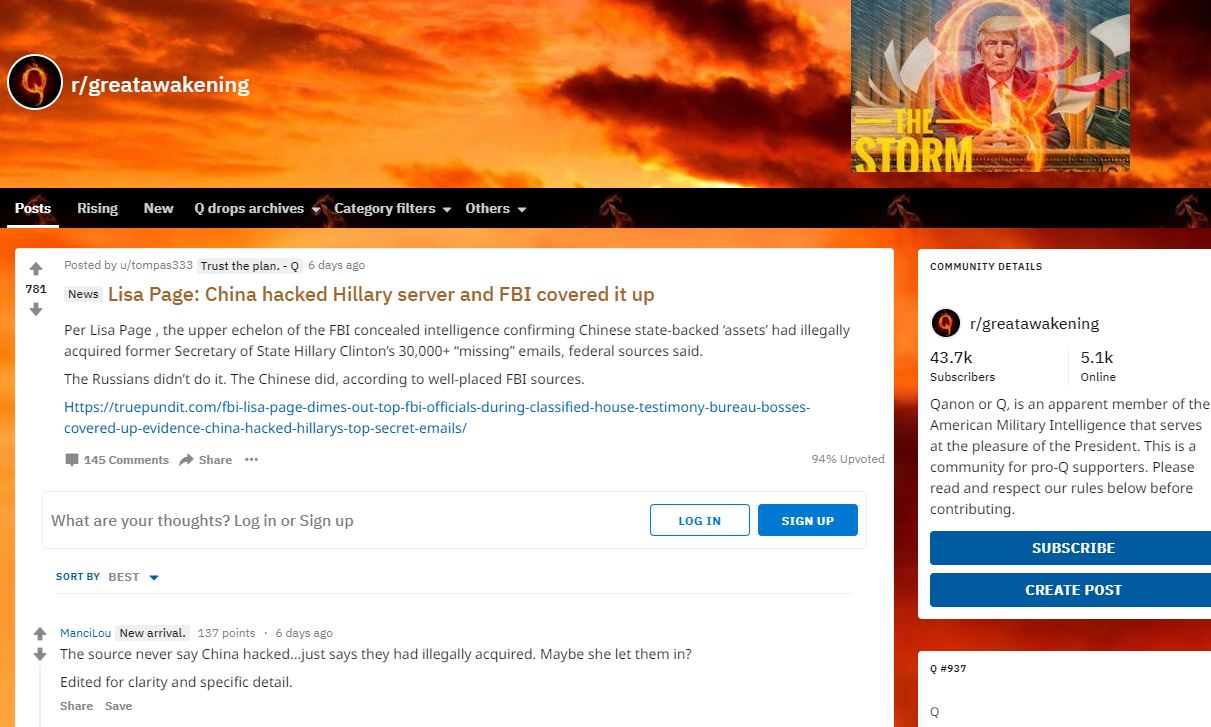 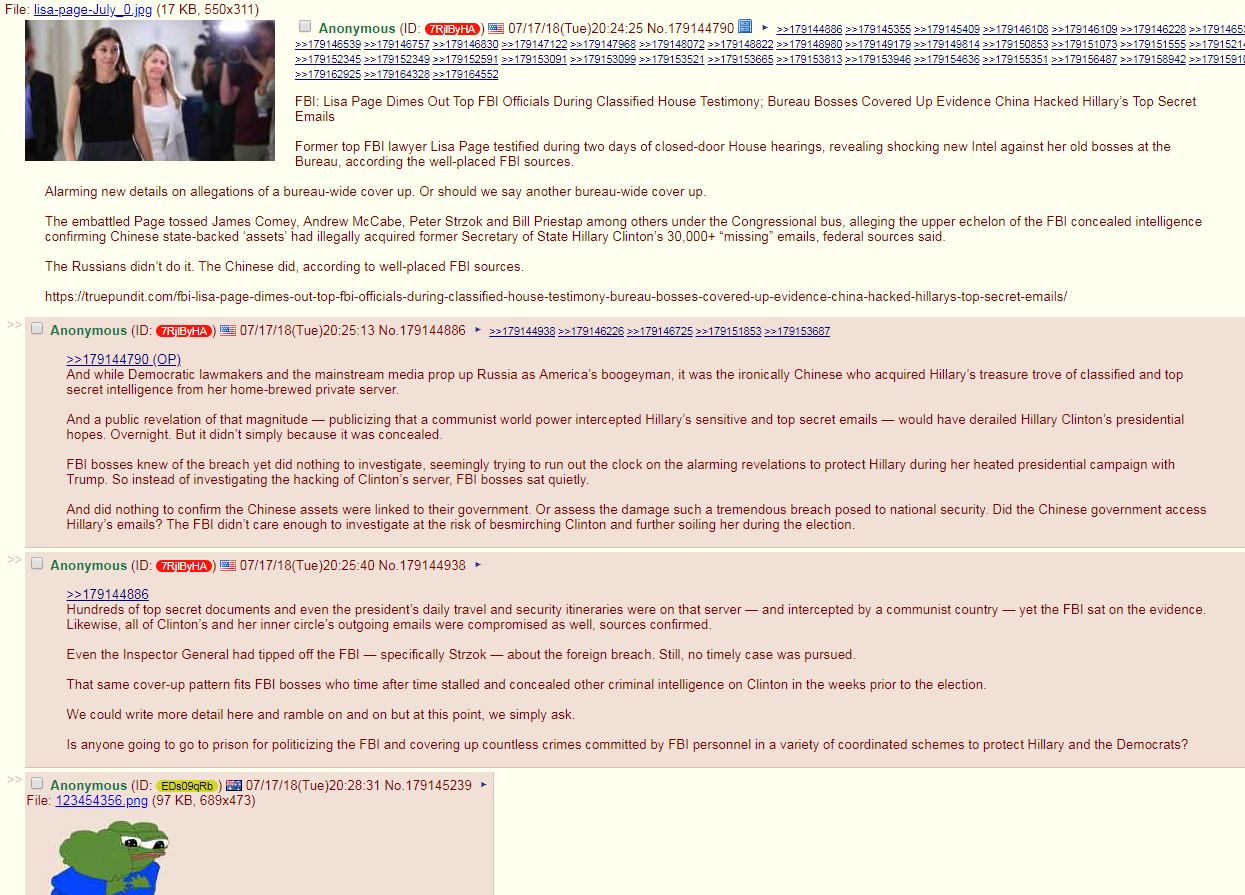 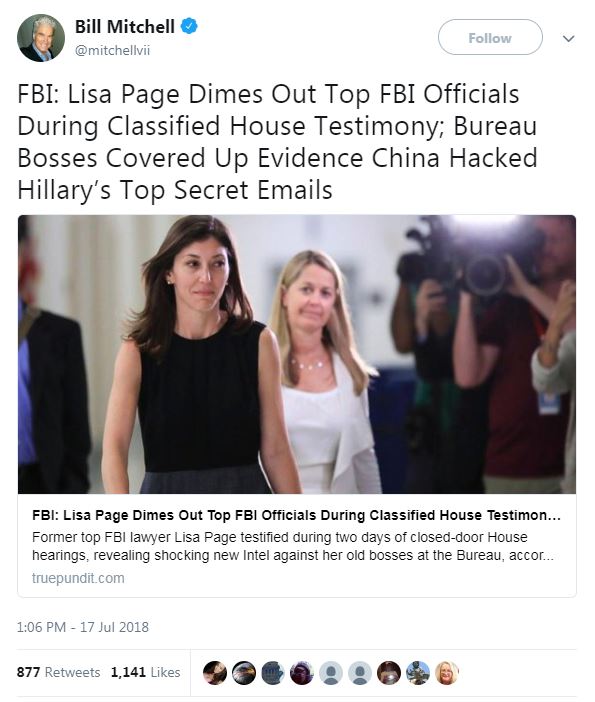 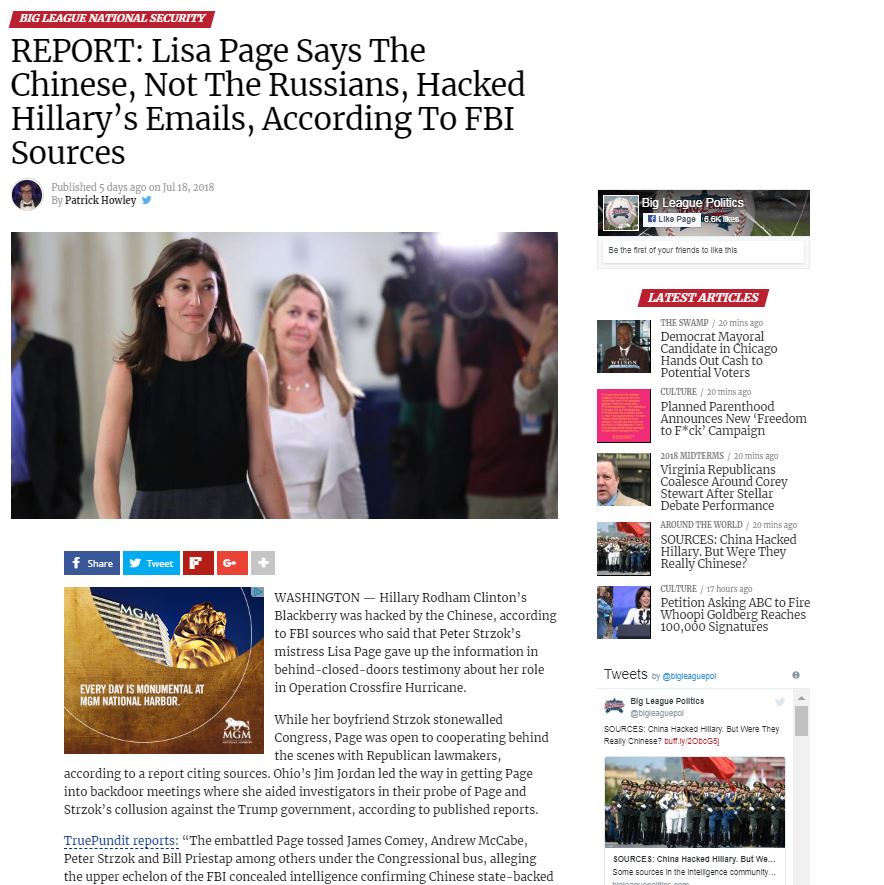 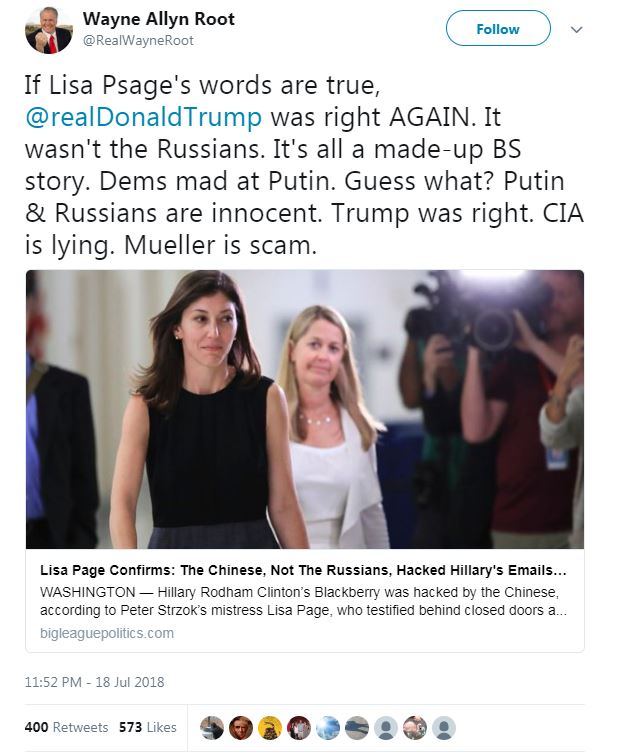 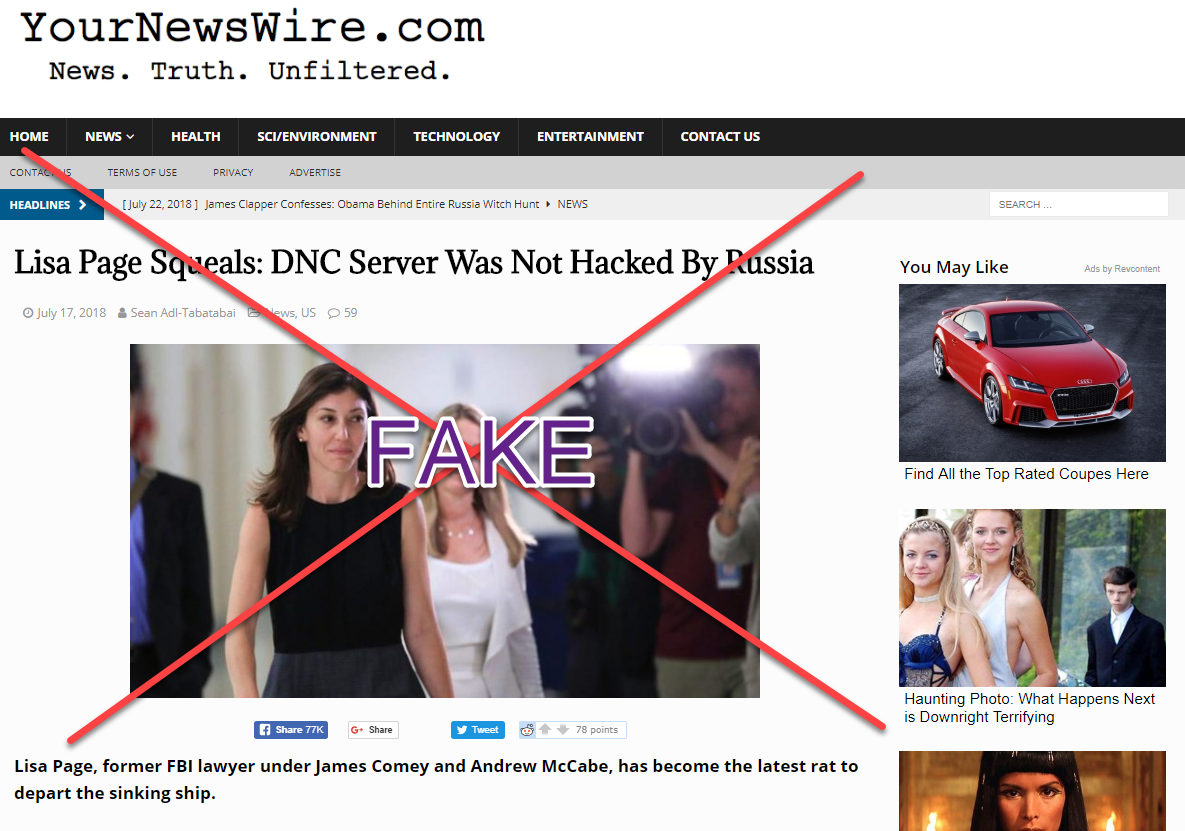 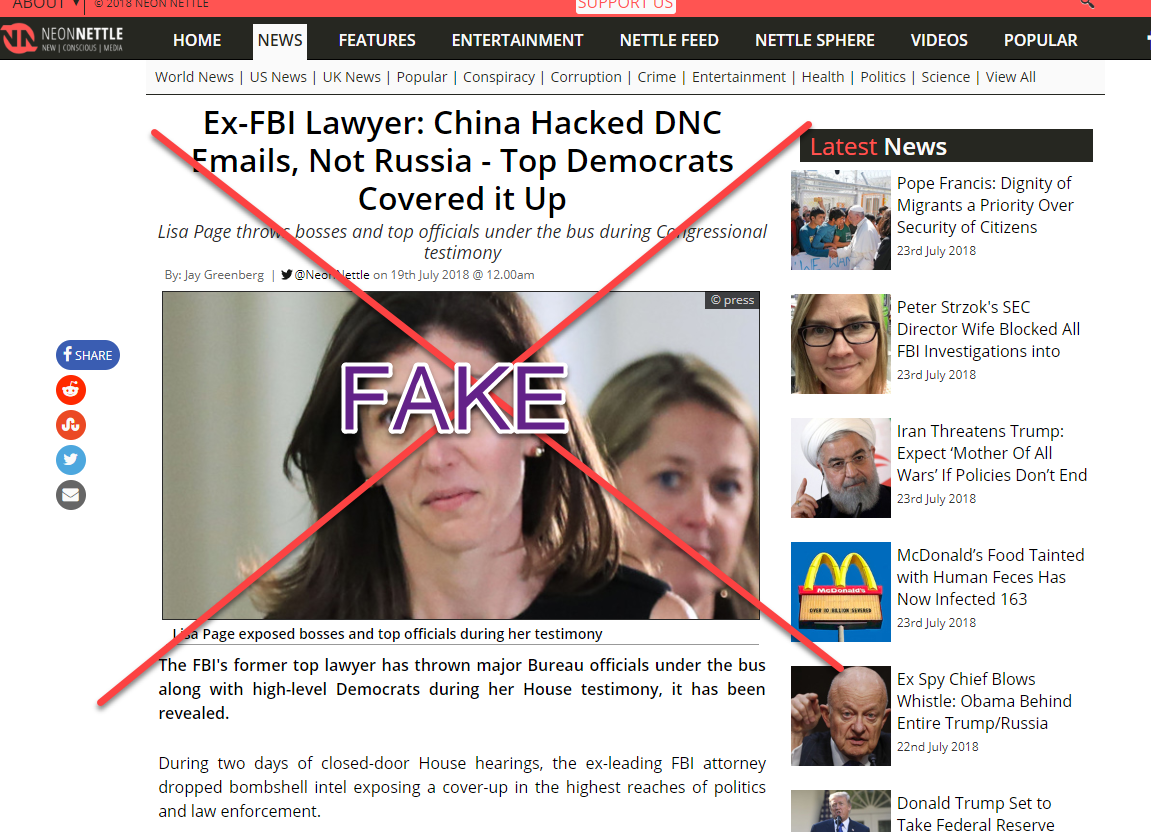