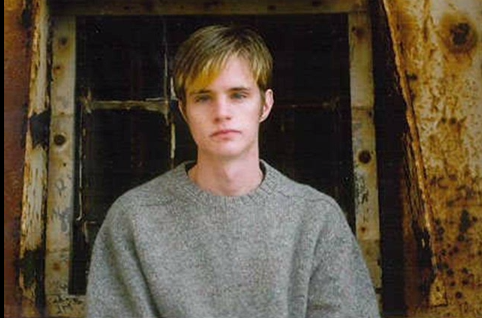 The appellate attorney who represented an accomplice in the 1998 murder of gay University of Wyoming student Matthew Shepard assailed author Stephen Jimenez's book suggesting that Shepard's murder was fueled by meth, not anti-gay hate.

In a statement provided to Equality Matters, attorney Tim Newcomb - whom Jimenez lists as a source in The Book of Matt - responded to Jimenez's claim in a recent interview that Newcomb's criticism of the book is invalid because Newcomb was an appellate attorney and not involved in the Shepard case from the beginning. As a longtime resident of Laramie, the small college town where Shepard was brutally murdered, Newcomb said in his statement that unlike Jimenez, he has a long-standing familiarity with the tight-knight community:

Unlike the author, who visited Laramie from New York a year and a half [after Shepard's murder], I was an attorney living in Laramie, and had been for several years, when Matthew was murdered. I mention that only because Laramie has few people and we tend to know of each other. Hidden truths behind notorious crimes are as rare as windless winters.

Moreover, as the appellate attorney for Russell Henderson, Aaron McKinney's accomplice in Shepard's killing, Newcomb dealt with one of Jimenez's apparent sources, who claimed to know the “hidden truths” in the murder. In his statement, Newcomb described how -- like many of Jimenez's other sources -- this man put forth multiple shifting stories, including the theory that Shepard's murder wasn't motivated by homophobia:

During the time I represented Russell, a man called his grandmother, saying he had been Matthew's lover and had his diary. I called him and asked if that was true. He told me it was, so I asked for a copy. His story shifted; his sister had the diary. I asked that she send me a copy. His story shifted again. She wouldn't show it to anyone because she feared for his life. I asked why he called Russell's grandmother then; eventually, he seemed to suggest that he didn't have enough money.

Our conversation ended but I'm told he became a source for a recently published book rewriting Matthew's murder, claiming that McKinney did not target Matthew because he was gay.

Newcomb remains convinced that anti-gay hate was the central motive for the crime. And unlike Jimenez, Newcomb can point to verifiable evidence supporting his theory. In his transcribed confession, McKinney derided Shepard as a “fag.” Jimenez asserts that McKinney's claim of a homophobic motive was simply part of an effort to cover up an extensive meth underground in Laramie, concocted as a legal survival strategy in the weeks and months after the murder.

But even after being sentenced to life in prison, McKinney continued to refer to himself as “homofobick [sic].”  As Newcomb notes, McKinney defiantly stated years after the murder that “Matt Shepard needed killing,” and that "[t]he night I did it, I did have hatred for homosexuals." Explaining why he targeted Shepard, McKinney said it was because “he was obviously gay. That played a part. His weakness. His frailty.”

Jimenez may wish to cast doubt on the reality of Shepard's murder as a hate crime, but his narrative is undermined by McKinney himself, who boasts of his status as “the poster child for hate-crime murders.”