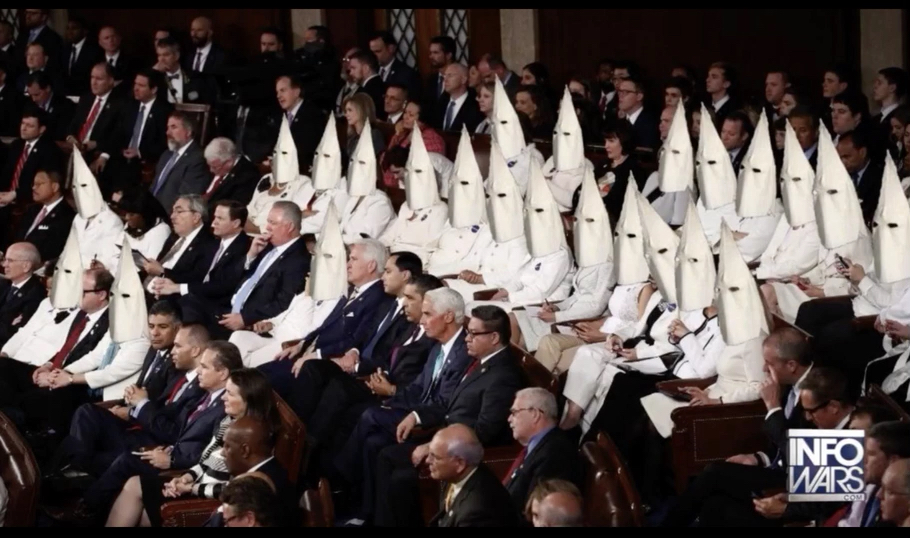 After dozens of Democratic congresswomen wore “suffragette white” to the 2019 State of the Union address, some far-right media figures smeared them by comparing them to the Ku Klux Klan.

Rep. Lois Frankel (D-FL) wrote on Twitter that she and some of her colleagues were wearing white outfits to “honor all those who came before us & send a message of solidarity that we're not going back on our hard-earned rights!”

I'm looking forward to wearing suffragette white to #SOTU next week with all @HouseDemWomen! We'll honor all those who came before us & send a message of solidarity that we're not going back on our hard-earned rights!https://t.co/CVPLLIunde

Far-right media seized on the pro-women’s rights action by depicting the congresswomen as members of the KKK.

Far-right troll Jack Posobiec wrote, “I haven’t seen so many Demcorats (sic) dressed in white since Republicans freed their slaves”:

During an Infowars broadcast covering the State of the Union speech, a doctored image depicted Klan hoods on the congresswomen while host Alex Jones said, “You wait until those women are running the country for foreign banks and the Chicoms and up against the Russians and everybody else. I mean, my God. Look at them. I mean, this is pathetic.” 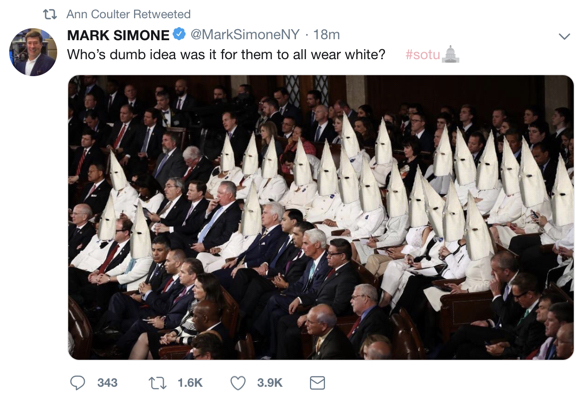 All they’re missing are hoods and grand-wizard Northam to lead the way. https://t.co/KAl5akrApC

Who invited the KKK? #Sotu pic.twitter.com/w3X9Zjd1SU